Well I decided to keep moving and so yesterday I packed up and started the long, hot climb out of Murawai beach.

I felt surprisingly good as I tackled the hills that had seemed like mountains the previous day. I was heading for Auckland and really wasn't looking forward to the ride as it would be busy with traffic and people but I was pleasantly surprised to be met with a wonderful segregated cycle path from about 6 miles out that I rode right into the heart of the city. At one point I was even riding on a rainbow.

I wasn't planning on stopping in Auckland, it's a big city and there are so many other things to see. My return flight is from there and so I'll have time to check it out before I fly back to London in a few months. It seemed strange to be back in a bustling place after the quietness of the little towns I'd been riding through over the last two weeks. It was exactly two weeks since I'd arrived in Auckland and here I was back where I started having ridden up and down Northland in the meantime.

It was nearly lunchtime when I arrived at the hill that would take me up to the top of Mount Eden and so I bought myself a big, fat sandwich and can of Coke at the bakery and decided to have myself a little picnic lunch looking over the city. Maungawhau is the Maori name for Mount Eden and means 'mountain of the whau tree'. Mount Eden is named after George Eden who was the first Earl of Auckland. It is the cone of a dormant volcano and is Auckland's highest natural point at 196 metres above sea level. It was steep and had me out of the saddle in my granny gear puffing and panting in the midday heat, no matter how many times I think I've found my hill legs, there's always a hill to beat me into submission, haha. The views over the city at the top was definitely worth the effort.

I headed south and was on busier roads out of the city and past the airport in the afternoon heading for Clevedon. There's no camping south of Auckland and so I'd messaged Richard on Warmshowers to ask if I could camp in his garden at the farm he runs just before Clevedon. When I arrived I was pleased to find a couple of his farm hands at the house and after a nice refreshing shower Richard arrived back from the fields. He kindly offered me his unfinished cabin to stay in and I didn't need to think twice before accepting - any opportunity to not have to pitch my tent was a winner for me.

I think last night was the first night that I didn't wake up with the annoying whining sound of a mosquito in my ear and my poor bitten body was thankful. Rising slowly I really didn't want to move but I could see people starting work on the farm and it forced me from the comfort of my little cocoon. Having breakfast I chatted to Dervla, Richard's wife and his three year old son Jack. They kindly offered me the use of the cabin again if I fancied a rest day but as ever the instinct to keep moving took over. Back on the bike the first few miles felt good but as soon as the hills started I was struggling. I'm not sure what my body wants but it's not telling me. I've fed it so much food, kept it watered and tried to sleep but today I just felt weary and like there was no fuel left in the tank. Thankfully I'd planned a shorter day today, only forty miles to Miranda Springs but at times I wondered why I hadn't just stayed another day at the farm in the cabin. My spirits improved as I reached Kawakawa Bay on the west coast - there's nothing quite like a good sea view to put a smile on my face.

Stopping at the local shop I tried to fuel up with some crisps and the magic chocolate milk. I sat in the shade and another cyclist appeared and started to chat. He was from Romania and I struggled to understand what he was saying but he didn't seem to get the fact that I really didn't want to chat. As he left I felt a bit guilty that I hadn't made more of an effort to talk to him but my head was in a bit of a funk, annoyed at legs that were feeling like jelly. The next few miles didn't improve as the traffic got much heavier. There was a festival starting for the weekend that I hadn't known about and so I was being overtaken constantly on the narrow, winding roads and the drivers here really are pants! Six miles later and it was back to just me and the road after the festival turnoff and the views over the Firth of Thames were gorgeous.

It was a relief to arrive at Miranda Springs holiday park and get myself a spot for the night. I then spent a glorious hour just floating and wrinkling-up in their warm natural mineral pool, hoping that it would replenish my tired legs.

Raiding the free food box in the kitchen turned up trumps too with a packet of noodles as my afternoon snack and a nice chat with a good friend on the phone which made me smile. I'd forgotten just how annoyed I get when I have days like this, when really I just need to go with the flow, I always get there in the end.

It's early evening now and the campsite is filling up with people riding the brevet. I walked past one of them earlier and said hi and he turned to me and said, "you're famous" and I looked at him strangely because I'd never seen him before. "You're the talk of the tour, you're the girl on the bamboo bike" - well that's a turn up for the books, I do hope all of this fame doesn't go to Bamboo Betty's head!

Ooh one other thing that made me smile today, three neighbours obviously in fierce competition for best postbox.... I think the yellow smiley face is my winner. 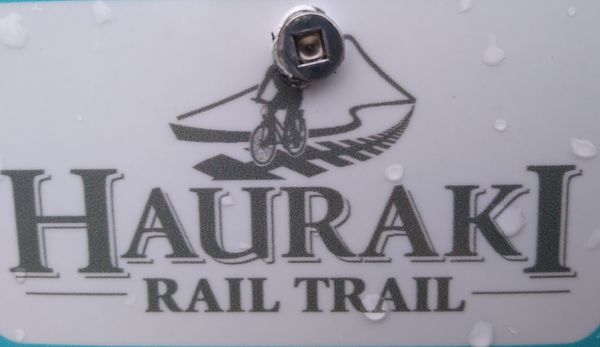 The drought is over! After a record breaking 47 days without rain, the North Island was blessed with the wet stuff today. I was up and ready just after 8am 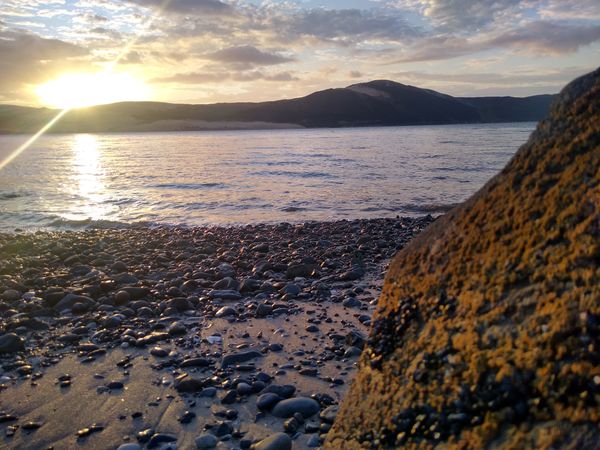 It's been four days since my baptism of fire (or should that be sand?) on the Tour Aotearoa (TA) and yet it feels like it could be four weeks. It