Greetings from New Zealand! It's good to finally arrive after a total of 33 hours of travelling - and the best news is that Bamboo Betty made it too. I've never been so anxious waiting at an airport baggage area and now I can breathe and know that I'm where I should be with what I need.

This is my third day here and already it feels as though so much has happened. I was made very welcome when I arrived by my lovely Warmshowers hosts Bruce and Barb who put me up for two nights, fed and watered me and were an invaluable source of information when faced with my many questions about New Zealand. Having slept like a log the night I arrived, I spent my first morning here building Betty before Bruce rode with me into KeriKeri so that I could grab some supplies - camping gas, CO2 canisters from the bike shop, a SIM card and some food for my trip. On the way back I stopped at the Stone Store, New Zealand's oldest stone building which was built in 1832 as a Missionary Society warehouse. Set in beautiful grounds by the river it was a good place to sit for a moment and watch the world go by.

Yesterday I was rudely awoken at 3:30am by the devil that is jet lag. Never having flown long haul before I wasn't sure what I was in for and having slept so well the first night I arrived I thought that it had escaped me but no such luck. Feeling like a zombie I loaded Betty, said goodbye to my hosts and set off to see the nearby Rainbow Falls. My first glimpse of the natural beauty that covers these two islands, I was instantly smiling and excited to see what was next.

My plan for the day was to ride over to Paihia in the Bay of Islands. Not a long ride by any means but given that it's over 25 degrees, humid and I'm suffering from jet lag I decided that I need to take a few more days to acclimatise and adjust to life on the other side of the world. Bruce had suggested that I ride through the Waitangi forest and so I went with local knowledge, ignored the signs that the forest was closed for logging and rode on.

Lush forest turned into barren land as I pedalled my way up and down the rolling terrain. The sun was beating down and I was seriously sweating and breathing heavily hauling a fully loaded Betty up the hills. The first weeks of a trip are always tough. New Zealand is hilly, I'm not hill fit in the slightest and I don't ever train for a ride so it's going to be rough. Throw in a thumping headache from the jet lag and a 25 degree heat increase and then it can become rather unpleasant. The views however were a welcome distraction and seeing a whole new landscape and nature was exciting. Different trees and shrubs, the constant noise of cicadas and not a single other person in sight for over 10 miles.
Cresting a hill I saw the bay appear before me in the distance. Bright blue sea and multiple islands floating in the sunshine - wow! It was like the first time I saw the Hebrides islands in Scotland, only much sweatier, haha. The moment was shattered by a hissing sound and a spray of tyre sealant hitting my shorts, urgh. Stopping to check that the puncture would self seal I looked up to see a van approaching from the nearby mountain bike park. The lady stopped and asked if I was ok - the kiwis do seem like a very friendly bunch so far :-)

My ride took me to the coast where I stopped for a little breather and a snack. I was glad that I wasn't riding too far today and looking forward to getting to Paihia and to the hostel. I'd booked to stay for two nights, usually I would've stayed in a campsite but it was actually cheaper to get a bed in a hostel which is unusual. Continuing my ride I passed the Waitangi Treaty Grounds where the Treaty of Waitangi was signed in 1840. An agreement between the Maori and the British Crown it was seen as New Zealand's founding document. I actually arrived in New Zealand on Waitangi Day (Feb 6th) which is a celebrated public holiday and so this weekend it was rather busy there. Arriving in Paihia I got settled at the hostel and spent the afternoon wandering by the beach and exploring the town and wharf.

I'm glad to say that I managed to get a good sleep last night and it made all the difference. I was up and out not long after 8am this morning to another beautiful day and decided to walk south along the coastal path to Opua. Dusty winding walking tracks that clung to the coast gave some fantastic views of the bay and surrounding islands.

After arriving at Opua I had an early lunch and set off back the way I came. Stopping for a nice shaded resting spot I read my book, had a paddle in the sea and just watched the world go by one wave at a time. I can feel myself relaxing into this trip already. The rushes and stresses of preparing for this trip forgotten on the breeze. Just me and the world around me ready to be explored. I am here and I feel myself becoming the wandering woman again..... 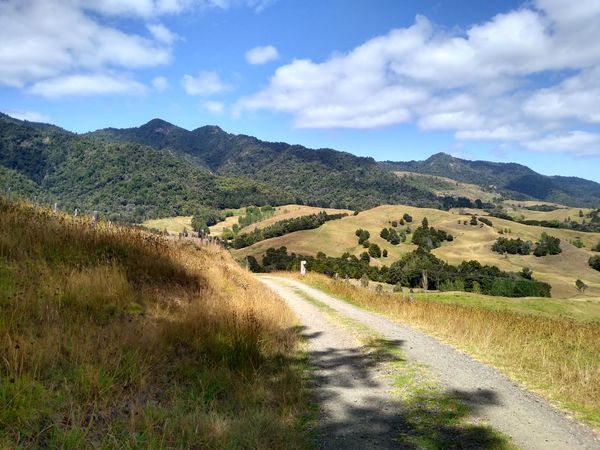 Kia Ora from Northland! The last 4 days have seen me pedal my way from Paihia in the Bay of Islands on the east coast, across the Twin Coast Cycle 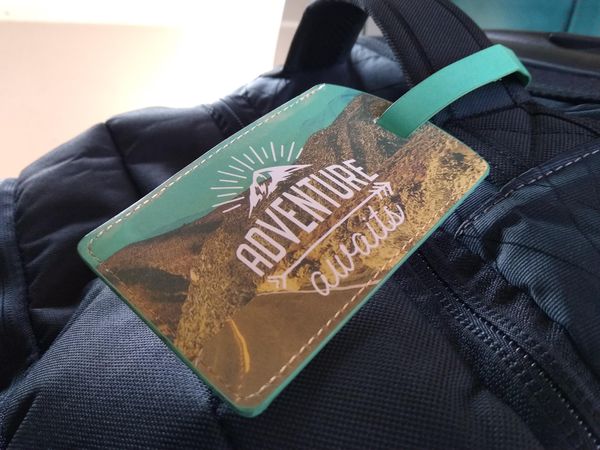 Long time, no blog! Well, the hiatus is over folks and I'm back at the keyboard with word of my upcoming adventure, a little jaunt to the other side of