Last night I was lucky enough to speak at the September Yes Stories night of inspiration. I had 8 minutes to talk about my 12 week bikepacking trip around the Scottish Hebrides, Bikes, Bothies & Booze that I finished at the end of July. Having been to the April Yes Stories gathering and listening to the amazing stories of others I knew that I had to return after my trip and share my story. I'm generally not one for presentations, it's one of my main weaknesses. However I had managed to convince myself that because I was talking about something that I was very passionate about and that I'd experienced so vividly that all would be fine and everything would just flow nicely. I still believed that up until yesterday afternoon when I attempted my first timed practice run. I was umming and erring at every other word, rambling on like a woman possessed and had surpassed 8 minutes on only the third of eight powerpoint slides - aaargh! The next few hours consisted of a rising state of panic. I had so much to say, so many stories to tell and was struggling massively to condense my words about each area of the trip. Realising I should make a move and head into town I decided that I would just have to wing it. I'd left it rather late to practice as I knew I had a lot to say, I just hadn't realised how hard it would be to get my brain and mouth working in unison to make it happen, haha!

Arriving at the venue I met the organiser Andy and was told that I was last on the bill. Having to sit through everyone else's talk knowing I was last would be difficult, I just hoped everyone would be nicely lubricated with alcohol by the time I presented. Listening to the other talks I forgot why I was even there. I was captivated listening to different tales and experiences and humbled by some of the amazing journeys they had been on, fantastic speakers and flawlessly presented.

Then it came - my turn to speak. Grabbing my notes and Monkey I walked to the front, my heart thumping like a jackhammer. This was it, deep breath and here we go! The next ten minutes were like a scary but exciting rollercoaster. The words appeared and flowed quite nicely and I even managed to get a few laughs from the audience. It was great to see a few friendly faces in the audience. Three of my friends had come along to support me and there were another few friends from my trip to Iceland back in January that were in the audience. I was in full flow and starting to really enjoy myself once it was coming to an end. Feeling slightly relieved but very pleased I answered a few questions from the audience and that was it, all over - wow! I'd survived, woohooo! 😀 This morning I woke and felt like I could conquer the world again. Having to think back to my trip meant revisiting my blogs and looking at photos and videos and it brought it all back to me. Sharing my story reminded me of just how amazing it was and just how happy I was in those 12 weeks. I think I've managed to grab a bit of that happiness back and I'm hoping it'll stay with me! If not I'll just have to keep watching the recording or finally pull my finger out and make a video of my trip from the footage I filmed along the way - watch this space.... 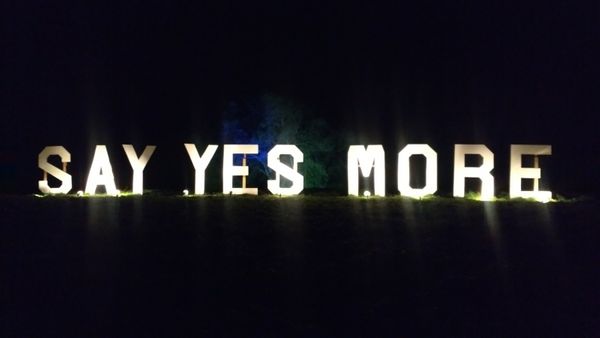 This time last week I was riding back from a fantastic weekend of adventure at Yestival. With a freshly inspired and motivated mind, an incredibly muddy bike and a slightly 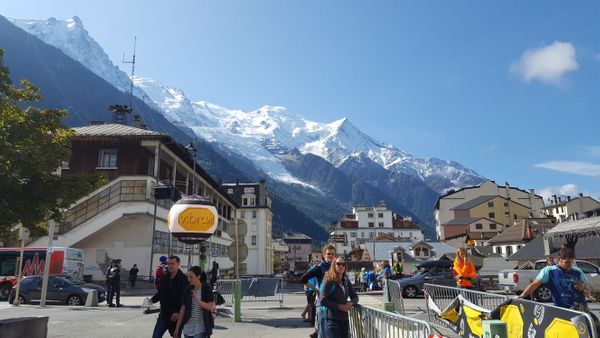 Today I caught up with my good friend Nicola Papalini who at the weekend took part in his first Ultra Tour du Mont-Blanc (UTMB) race. Nicola, an Ironman and ultra