Today has been a really good day! I was up bright and early ready for the 9:30am ferry over to Claonaig Bay on Kintyre and by the time I boarded it was raining and the sea was rather choppy. I'd got chatting to another cyclist from Cumbria and we spent the crossing talking about bikes and touring and different islands.

Departing from the ferry we said our goodbyes and wished each other luck with the weather. I was taking the B842 along the east coast of Kintyre all the way to Campbeltown and I'd read that it was a rather tough and hilly route. It was to be my challenge for the day, 30 miles of hills and by the looks of the weather, low cloud and rain. The last few days I'd only cycled a few miles and today was a test for both the legs and the mind.

It took a few miles to get the legs warmed up and to be honest there was nothing to be seen due to the weather, just a road and the mist, with the occasional glimpse of the sea below. I've never particularly been a hill demon and so I was surprised that I was enjoying it so much. I just felt like a good challenge today and I'm happy to say that my legs responded and cranked out the miles up and down the winding hills. After an hour I had a quick break and checked the GPS only to find that I'd already done 13 miles!!! Wow, I was so surprised and it was a real confidence boost that I was getting fitter and used to the ups and downs. Carradale was only 5 miles away and I had it in mind for a lunch stop so I was pretty well spot on for timing.

Turning off for Carradale it began to rain rather heavily and before long I was soaked and looking for a suitable little tearoom to have a nice steaming pot of tea. Going all of the way down to the harbour which was totally deserted I backtracked up to a hotel and took refuge in there for an hour with a nice brew. Feeling nicely refreshed but not quite dry I was happy to see that the rain had stopped when I ventured back out onto the bike. Campbeltown was about 14 miles away and within an hour of cycling the sun appeared in all her glory. Finally I was able to see some of the stunning coastal scenery begin to appear. The rocky bays dotted along the coast were beautiful and untouched with no visible roads or paths to lead you there. Some of the climbs were pretty brutal, 14% and 16% gradients but not once did I get off to push The Beast. I simply stopped, gathered my breath until my heart stopped going like the clappers and then started again on the hill until we reached the top. I can't describe to you how much of an achievement I felt given that a week ago I was struggling up any hill let alone miles of them.

Before long I could see Davaar Island and lighthouse which lies just off the coast from Campbeltown. The last few miles are always tough as you know you're nearly there but the headwind got stronger at this point so I ended up slowing down a fair bit on the last stretch. All in all I managed 37 miles today and 1002 metres of ascent in roughly 5 hours of riding and I'm over the moon with how it went. I know I'm not in this for the facts and figures but it's nice sometimes to see them and even better when you still feel ok at the end of the ride.

After a quick visit to the Co-Op to stock up on supplies I rode another few miles along the coastline looking for somewhere suitable to camp for the night but other than the fantastic views of Davaar Island there was nowhere suitable. After a lot of indecision and no campsites in the area I finally bit the bullet and checked into the Campbeltown Bunkhouse for the night so I've now had 2 showers in 2 days and I'm spending my first night for 13 days sleeping indoors. I hope I can manage to sleep ok without the sounds of the birds tweeting, the wind blowing in the trees and the sea lapping against the rocks! One thing that I found out via Google this evening is that the B842 road along the coast that I rode today was the inspiration for Paul McCartney's song 'The Long and Winding Road'. I can now say that I've lived every mile of that song and I can verify that it's pretty long and rather winding but worth every second of the effort. 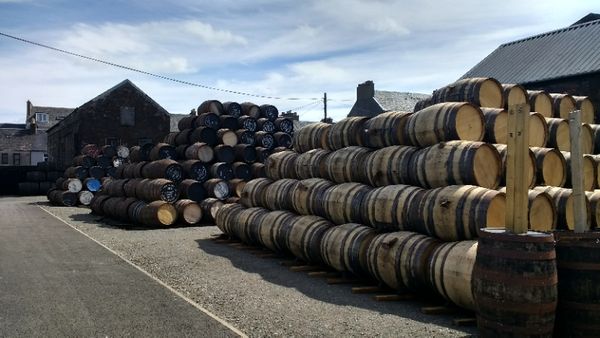 I'm in Campbeltown on the east coast of Kintyre which used to be the whisky capital of Scotland back in the day with a whopping 37 distilleries. There are only 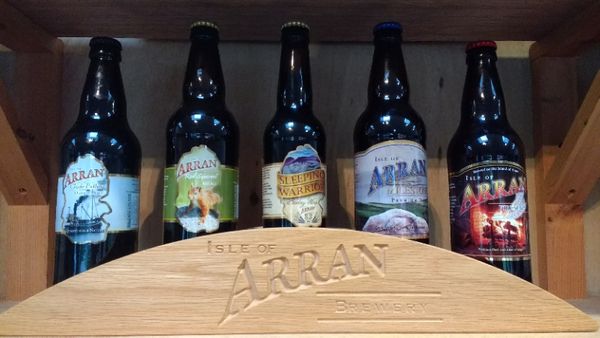 I have just had my first shower in 6 days and I feel amazing! This morning it was absolutely peeing it down and as I lay in my sleeping bag