It's been a fortnight since I joined 60 other women in central London to take part in the Women's International Parkour Weekend and I still have the remnants of bruises and the odd twinge of pain in my stomach muscles. I've done a lot of crazy sports and exercise over the years but never have I felt so old and broken than after 2 days of Parkour....so how did this all come about you ask? A year ago I read Christopher McDougall's second book Natural Born Heroes: The Lost Secrets of Strength and Endurance and Parkour features heavily as a mechanism of natural movement. It was then that the seed was planted to try Parkour to find my inner natural movement and having listed it back in my first post of the year as something I'd like to try I couldn't pass up the opportunity to dive in head first when I saw WIPW 2016 advertised on my Twitter feed, particularly since the lady mentioned in the book was running the event - the incredibly talented Shirley Darlington.

Most sensible people wouldn't have signed up for 2 full 8 hour days of Parkour as an introduction but my gung-ho attitude told me that if their website it said it was suitable for beginners then how hard could it be? Famous last words indeed!

The weekend started in Kennington Park with a gloriously sunny morning and 60 odd women milling around. From the start I felt totally out of place in my shorts and sports t-shirt when everyone else was wearing baggy tracksuit bottoms, loose fitting yoga style tops and cool beanies with the odd tattoo on display. Oh well, at least I was easy to spot as a total newbie, hopefully they'd go easy on me. After the initial introductions we gathered for hour long(!!) warm-up which was an eye opener to how things would be for the next 48 hours. My first foray into moving on all fours seemed easy until we had to do it for 20 metres without stopping, then again backwards, sideways and the opposite side....painful indeed. Shoulder rolls, cartwheels, running and scissor movements followed and by the end I was red faced, sweating like a pig and very worried about how I would manage to get through the first day let alone day 2. Thankfully we were then split into groups of beginners, intermediates and advanced and I began to get excited at the prospect of learning some cool moves. The rest of the day was split into 4 rotations in various locations surrounding the park. First up was a jog to some nearby flats where Tooley showed us a simple connection of 3 or 4 simple movements over a wall to a cycle stand and then onto a bench. She made it look so easy and yet when I tried it I knew that it was clunky and probably looked awful but I enjoyed it and patiently watched the others in the group complete it before wanting to do it again better. This was to become the main theme of the whole weekend, watch someone who makes it look so easy, try it first time awkwardly and then get addicted to trying to improve the moves.

The rest of Saturday included an introduction to jumping with Naiomhe and Amy, railings with Hector and then wall runs, heights and scaffolding with Blaine and Shirley. I absolutely loved the jumping rotation, learning how to land correctly and connecting jumps together and I found that I wasn't too bad at it and continuously pushed myself to do better until on my last jumped I overshot the landing and banged my knee hard against a low wall - injury number one and a wake-up call to my ego to not get ahead of myself! The hardest rotation for me was the railings as it required a lot of upper body and core strength for the moves, something which I'm lacking in as my strength is held in my legs being a cyclist and runner. It was frustrating to watch the others complete the moves easily whereas I struggled and I was making a mental note that I had to go back to Pilates and build up my core strength before nailing these moves.

We all re-grouped after our 4 rotations and were tasked with a group mission to reach 10,000 points. A point was the equivalent of one wall run, one vault over the railing, one jump onto a wall or one piggy back run, again it sounded easy but what a task it was! I can honestly say that after numerous rounds of every area I was sweating and completely wrecked with points still to get... in the end it was everyone on the piggy back runs to finish off the final points and I watched exhausted as the last runs were completed much to the joy of everyone involved as we all cheered and revelled in our achievement. The final part of the day was a warm down with Naiomhe before we all parted ways for a night of rest and recuperation before the next day based around the Parkour Generations Chainstore gym in East India Docks. After an evenings rest the first big challenge of Sunday was managing to get out of bed. I've had my fair share of muscle pain over the years but this was something else, my whole body hurt - shoulders, ribs, stomach, thighs, calves and ankles. I truly felt that I moved slower than my 97 year old Gran! Luckily I'm a stubborn mule and I dragged myself to the start of the second day but seriously wondered if I would be able to complete it.

It was another beautifully sunny day and our group started outdoors at the East India Dock Basin with movements over and around benches followed by one of my favourite parts of the whole weekend, climbing down a bridge, crawling along it and then climbing back up the other side further along. I love the adrenaline rush from things like that, I find it difficult to understand that some people didn't want to try it or were physically scared. We also had a session that covered confidence and what we say to ourselves when training and trying out new things which I found quite strange but I was glad that it wasn't overly physical and a bit of a break for my ailing body.

The afternoon included an awesome indoors workshop on jumping between obstacles and a session with Shirley on injuries, training plans and how to learn pull-ups, push-ups and cat hangs. It was at this point around 5pm that I made the decision to skip the final group workout and to bow out early. I hate the thought of failing or missing anything but I knew in my heart of hearts that my body had had enough and I needed to head home to collapse on the sofa. I thanked Shirley and said my goodbyes to the girls before waddling back to the DLR grumbling and groaning like an old age pensioner.

This was physically one of the hardest weekends I've ever experienced but at the same time the thrill of doing things that were different and exciting was addictive. I felt proud that I'd gone along and been part of something really cool. I'll definitely try Parkour again but maybe after a bit more training and not for another long weekend, maybe just an evening session. I did notice that after spending the weekend using everyday items such as walls and benches as a playground my view of my surroundings changed and I found myself looking for opportunities for climbing, jumping and moving whilst walking to the Co-op to buy some lunch the following week. My advice to anyone that is thinking of trying Parkour but isn't sure is to just give it a go because you'll never know if you never try! 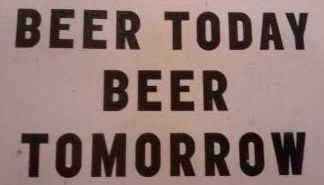 After a rather stressful day at work last week I broke my self imposed 4 day alcohol ban and convinced a colleague to have a quick pint after work. Wandering

Another week and another midweek adventure with a kayak up the canal courtesy of Secret Adventures. I met my mate Tim at Limehouse at 6:30pm and after a quick intro we were kitted out with lifejackets and headed down with another 20 people