A New Year can be a powerful motivator for people; making resolutions, setting goals and planning trips. It's great to see my Facebook and Twitter feed buzzing with peoples hopes and dreams for the year and it's hard not to get swept along in the tide of adventure and excitement. Add to that the fact that both myself and my friend Barry have been saying for months that we need to go out on a microadventure together and that's why I was waiting by Sheen Gate at 7pm on Thursday night with my bike and kit for a sleepout.

We headed through the gates and rode into the darkness. I'd looked at the weather forecast before coming out and it was meant to be cloudy and about 2-3 degrees overnight, not bad at all. The sky however told a different story and it was a clear and starry night as we made our way towards the Pen Ponds. 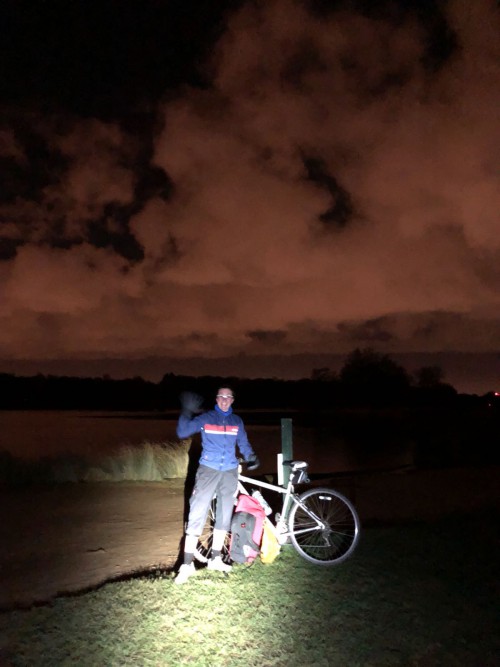 After finding a nice spot to camp just inside the treeline we unrolled our bivvy bags and sleeping mats and settled down for the night. Barry's friend Craig joined us not long afterwards and it was definitely a bit on the chilly side, not that Craig noticed as he turned up in shorts and a fleece - a typical Scotsman, haha! Chatting over food and hot chocolate we revelled in the clear skies and abundance of stars. 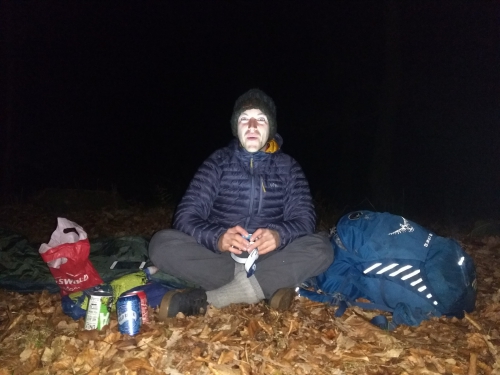 It's always a sight that makes me feel so small and insignificant in the grand scheme of things and I find my thoughts wandering to what the important things in life are. Like enjoying being outside in nature for the night with friends, even when I know that I'll sleep terribly and be super tired the next day at work.

Finally succumbing to the cold and tiredness I snuggled up into my bag as the guys chatted and shared a wee dram of whisky. I dozed on and off only to wake and smile when I saw the outline of the trees and remembered where I was. The odd honk of the a goose from the ponds or a coo of a bird in its perch was all that could be heard - such a peaceful quiet night.

I was awake before my alarm was due to go off at 5:45am and I was surprised to see such a hard frost covering my bag. Everything sparkled in the light of my headtorch as I fired up my stove for a morning brew. 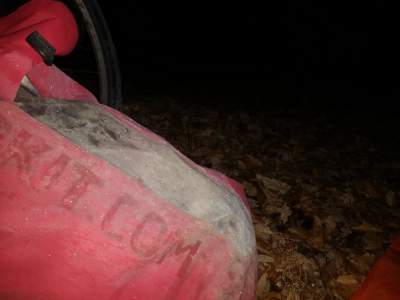 I was packed and ready to leave an hour later, hearing only gentle snores from the guys. I said goodbye and I think Craig mumbled the same as I cycled off to work. Everything was covered in a crisp layer of white and I wished that I could stay long enough to watch the sunrise.

I'm always slightly giddy at work the day after a microadventure. It's most likely the lack of sleep but I always find it funny to think that everyone else spent the night at home in bed and I was out sleeping under the stars.

In a message from Barry later on in the day he sent me a few pics of the amazing sunrise which was impossible not to fall in love with. Happy January folks! 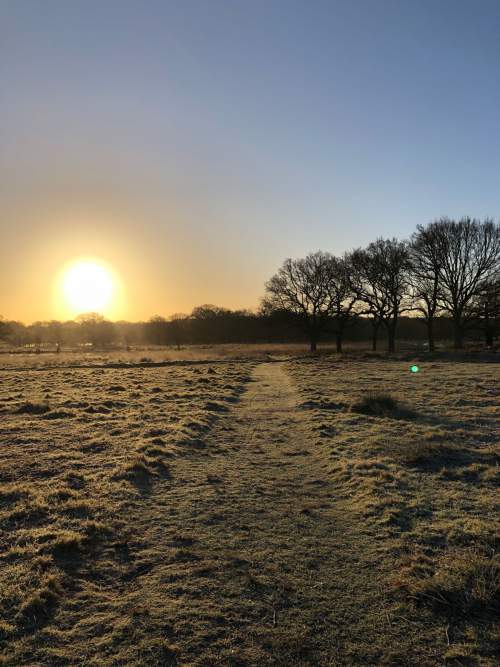