The journey out of Proaig and back to Ardtalla was much easier this morning. I followed a track closer to the coast and it was about 20 minutes quicker although parts of it were much muddier and it wasn't long before I was ankle deep in mud. 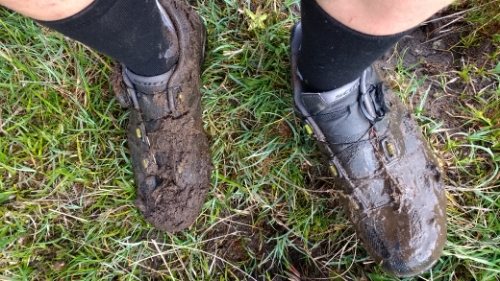 Back on the road I stopped to visit the Kildaton Cross. It is one of the finest and most complete early Christian crosses in Scotland. 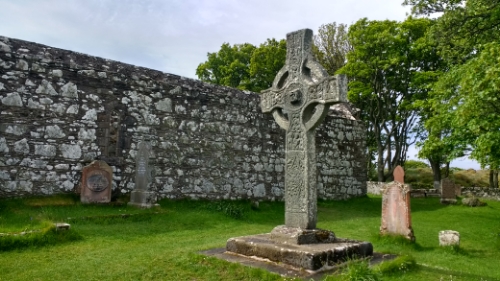 It was a nice view but the best bit for me was the sign on the gate into the church grounds! 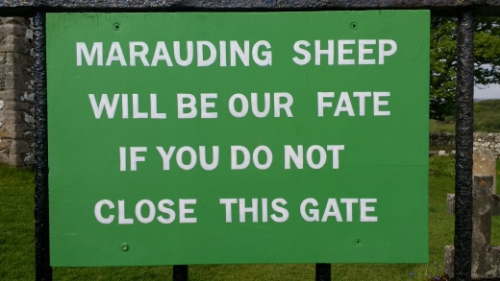 Riding along the Three Distilleries Path again I was headed for the Mull of Oa (pronounced Oh) right on the southern tip of Islay.

The ride out there was tough going with some long hills and a headwind but I got there in the end. The Mull of Oa is an RSPB sanctuary and the sound of choughs chirping was wonderful.

There is a monument right on the coastline that commemorates two American ships Tuscania and Otranto that were shipwrecked there in 1918 during the First World War. 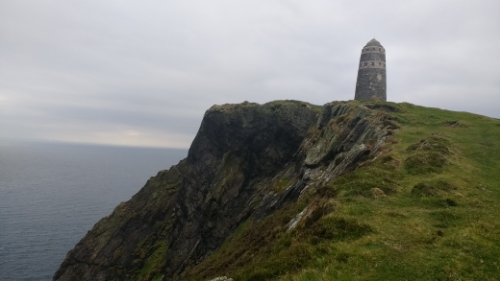 The views of the cliffs along the coast were stunning. 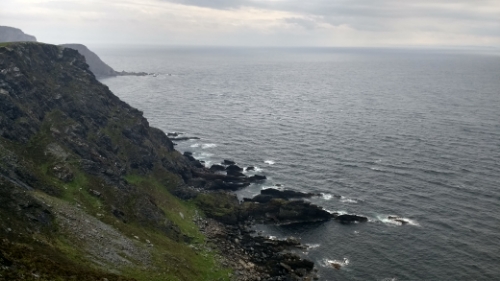 The ride back to Port Ellen was much easier until I was haring down a winding road and round the corner all of a sudden there was a cockerel stood right in my path. I honestly thought I was going to hit him and had visions of posting a note through the house saying, 'so sorry but I killed your cockerel with my bike' but at the last second he moved and I swerved enough to continue living without having a cockerel killing on my conscience!

The ride north to Bowmore was very straight and boring and then there was just the last few miles to take me back to Port Askaig. I'd ridden this road about 3 times now and was pretty sick of it but I wanted to get the Feolin ferry over to Jura tonight and so there was only one route.

I arrived on Jura and simply pushed the bike up onto the ridge about 500m from the ferry terminal. I've ridden nearly 50 miles today and so just wanted to get setup and relax for the rest of the evening.

It was rather dull and rained for a while but then the sun arrived and I got out of the tent only to find some red deer stalking me. Jura has around 6,000 wild red deer on the island and it was lovely to see them so close. 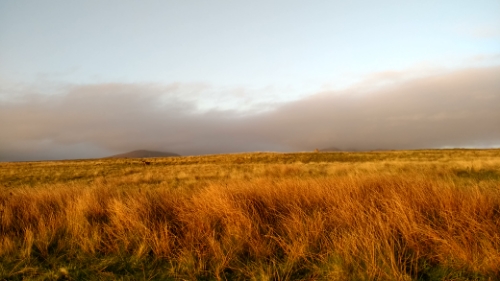 The sun has set on another day and tomorrow I shall explore Jura. 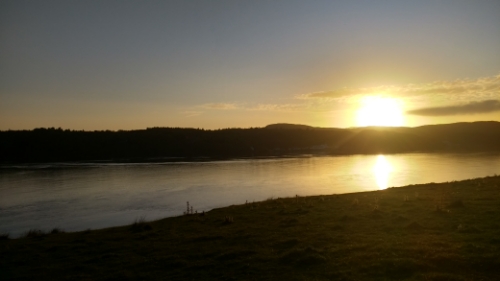 PS. Found another 2 hitchhikers this evening, not surprising given the long boggy grass on the way to the bothy, grim!