I'm perched on a rock on the edge of the Bute coastline with a view of Great Cumbrae and Little (Wee) Cumbrae listening to the slosh of the sea and the sounds of the birds - what an office for writing a blog! 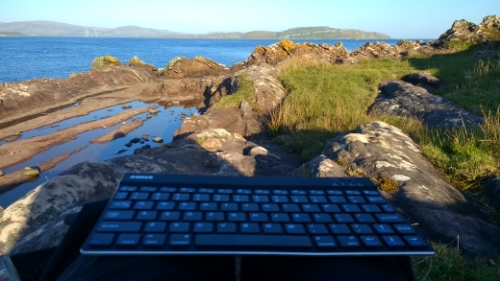 Today has been a whirlwind of Island delights. I arrived at the Largs ferry terminal with a few minutes to spare for the 10:15am ferry to Great Cumbrae and in only 8 minutes it was all go again and we were disembarking. 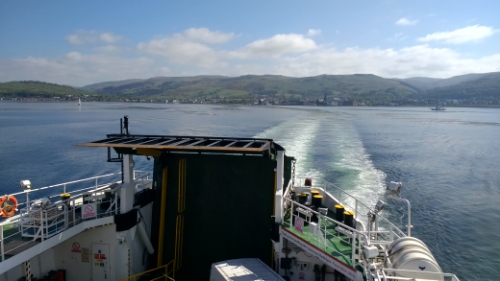 Great Cumbrae is a very small island, only 2.5 miles long and just over a mile wide and has one main town on the south coast, Millport. Little or Wee Cumbrae which sits south of Great Cumbrae is a privately owned island and so it isn't possible to visit. 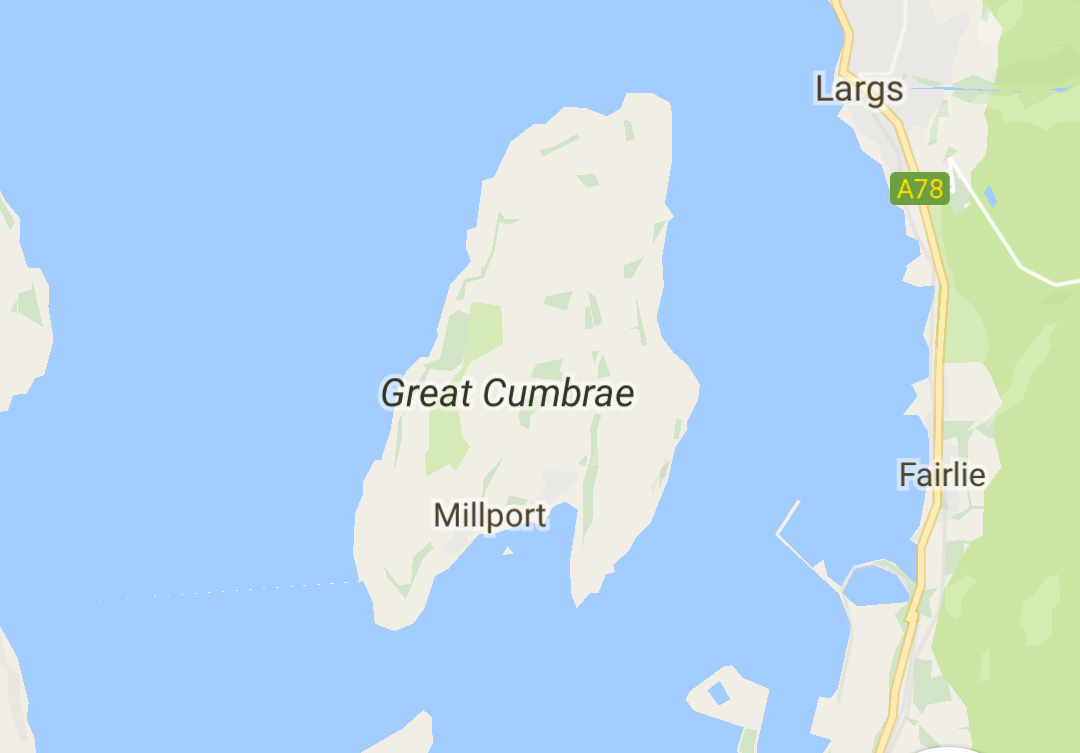 I decided on an anti-clockwise loop of the Island around the coastal road and passed some sea kayakers who were paddling their way around the Island. 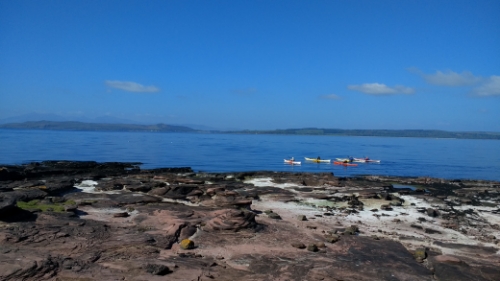 The sea was like a millpond, so calm and flat and cycling along I was treated to a burst of colour, the bluebells lining the road, the bright yellow gorse by the rocks and then the crystal clear and blue waters, beautiful. It wasn't long before I decided that a tea break was in order so stopped by Fintray Bay for a brew and a banana.

Reaching Millport I rode along the promenade, passing a few little shops and cafes that make up the town. The houses along the sea front were magnificent huge old buildings with amazing views out onto the ocean. 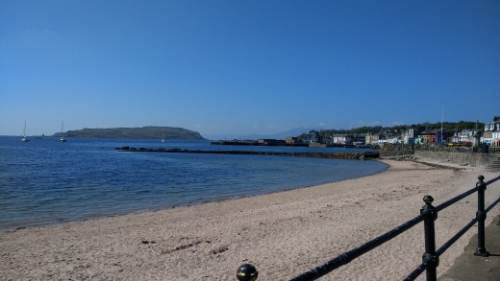 I headed inland and rode to the Cathedral of the Isles which is Britains smallest cathedral. To be honest it didn't look that small and the best thing about it was the wonderful smell of hundreds of wild garlic plants in the grounds, mmmmmm. 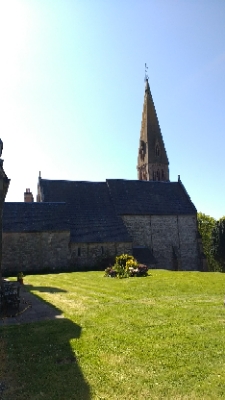 The hard slog was just about to start as I climbed up Barbary Hill towards Glaid Stone viewpoint which is pretty much in the centre of the Island. It wasn't long before I was sweating profusely and hoping that the next corner was the final one but with a bit of northern grit and a few swear words I was finally there. Thankfully the view was worth the effort of the climb as I looked out to Largs in the east, Loch Striven and the Firth of Clyde in the north, Bute to the west and even a bit of the Isle of Arran was visible to the south west. Blue skies, blue seas and sunshine, truly lovely. 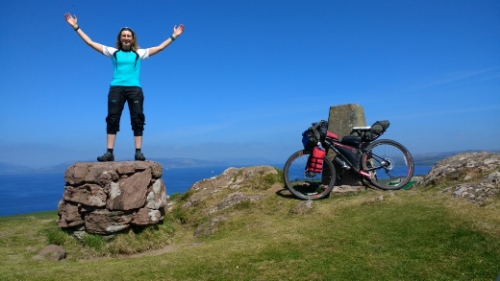 Now for the fun part, the screaming descent back to Millport and it wasn't disappointing, in fact I was cold by the time I got there due to the wind on the way down. Back on the coast road and headed for the ferry terminal at Downcraig I pootled along watching the noisy oyster catchers by the shoreline.

It was little over 2 and a half hours since I'd arrived on the Island and had ridden the 13 miles taking in both the coastal and inland road, not bad for my first morning of Island hopping. Back on the ferry and over to Largs I had lunch before heading for Weymss Bay (pronounced Weemz) 7 miles up the coast to grab the ferry over to Bute. 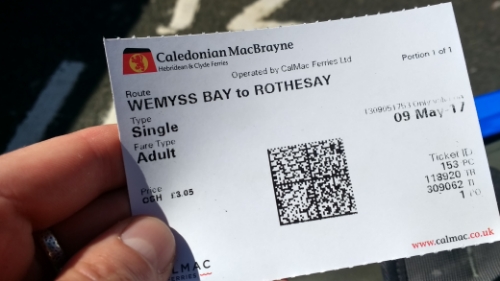 The crossing to Bute was 35 minutes and arriving in Rothesay I had one mission in mind and that was to try and find some gas for my camping stove - 3 days worth of food is pretty useless without any way to cook it! I came upon a general store, like something out of 'The Last of the Summer Wine' and an old gentleman helped me immediately to find some, I love it when a plan comes together.

Just up the hill I saw Rothesay Castle and decided to head inland to Loch Fad as the woodland there looked like it could be a potential camping spot for tonight. Unfortunately for me, boggy, midge infested and used primarily for trout fishing it wasn't to be and so I returned to Rothesay to start cycling around the coastline. 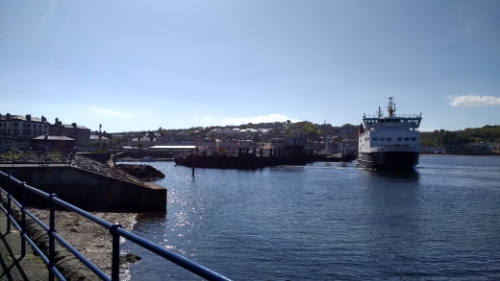 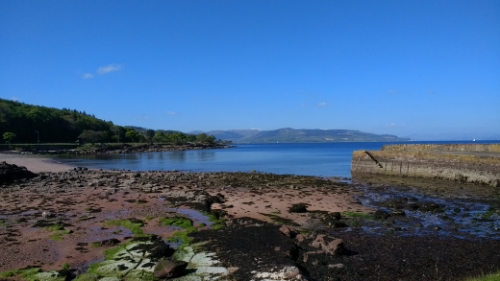 I know that these islands are small but it really does mystify me how little life there is here other than houses. No little corner shops, no coastal pubs, nothing. Maybe living in London has totally ruined my sense of small town living?

Bute is 15 miles long and 5 miles across at it's widest so it wasn't long before I had cycled around to Kingarth where I came across a hotel and bar. I needed water for the evenings camping so decided that a nice pint in the sunshine would go down a treat before heading into Kilchatton Bay to try and find a wild camp spot for the night. 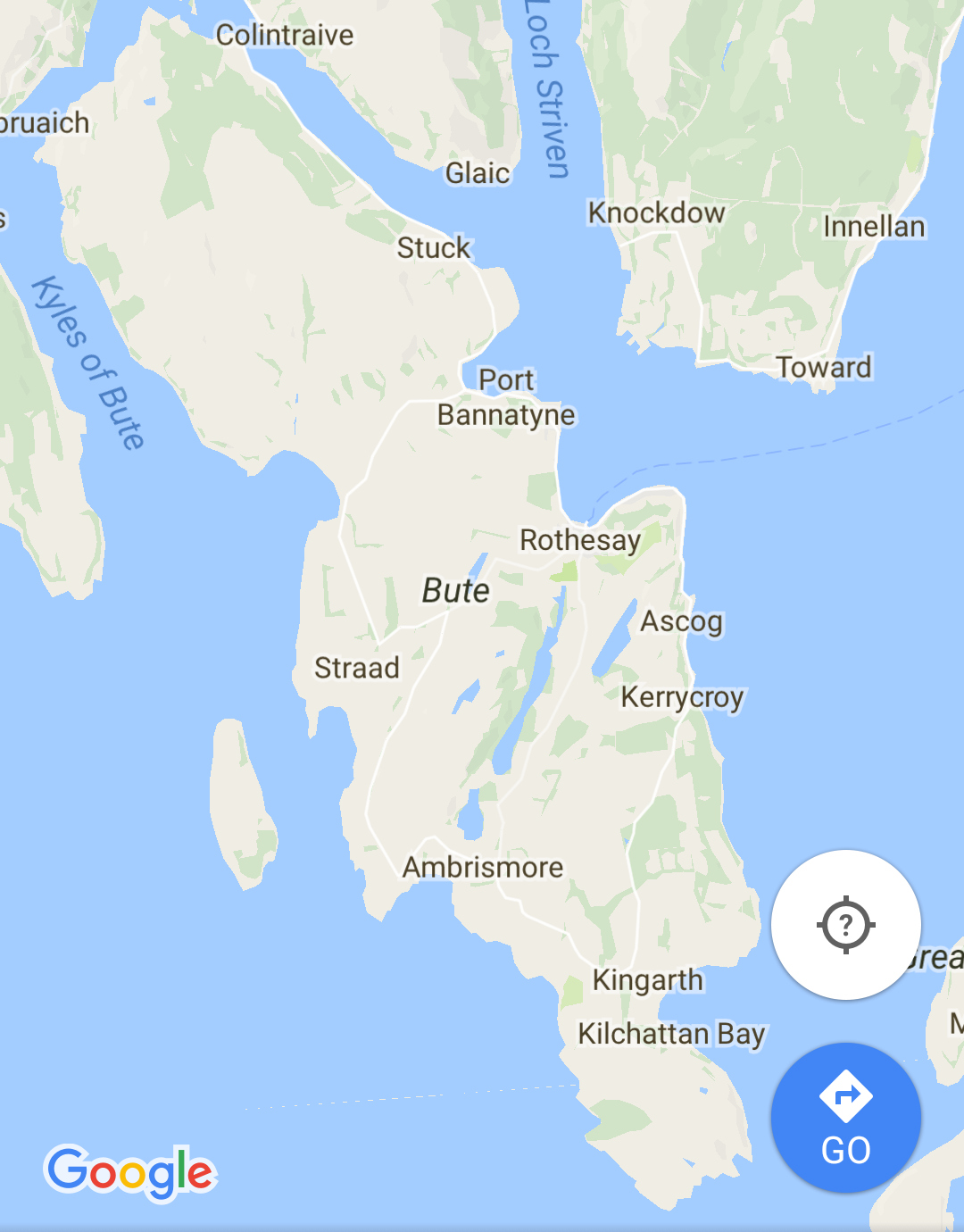 Suitably refreshed and loaded with water I cycled down to the bay and past the quay where the Wild Island Way footpath is. Past the car park there was already a large tent in view so I wasn't the only one camping wild tonight. After removing the bike bags to navigate a very tight gateway (designed to stop bikes probably) I found my spot and setup for the night. 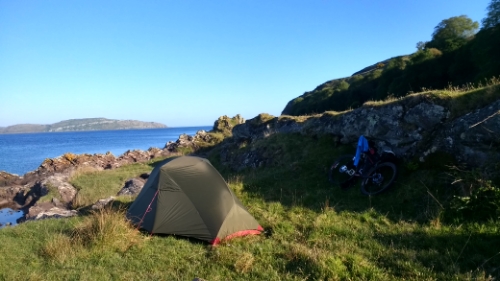 As I was writing I heard a noise behind me and saw a fisherman come to try his luck on a catch. He didn't seem to be bothered by me and so I left him to it and cooked and ate my dinner. I've just seen him head off and so wished him a good evening and it turns out he'd caught a mackerel, first of the season apparently. I may have to get out my little fishing line in the morning to see if I can catch myself a mackerel for breakfast ;-)

The sun is swiftly disappearing for the day as I start to research my route for tomorrow. Until the next blog.... 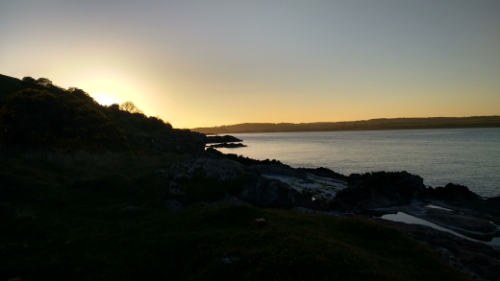