Today was the first day of my Bikes, Bothies & Booze adventure. For those who don't know, I'm taking 3 months for an epic Scottish bikepacking adventure, starting from Sunderland and heading up the North East coast on the Coast & Castles route. From there I intend to head west to Glasgow and then south onto the Isle of Arran to start a tour of the Inner and Outer Hebrides. I plan to take advantage of bothies along the way and explore the delights of Scotland's finest Whisky.

By 9am this morning I was at Seaburn beach in Sunderland, fully laden with everything I need for the next few months and full of anticipation of the day ahead. The early morning mist still lingered as the rough sea sprayed over the promenade. 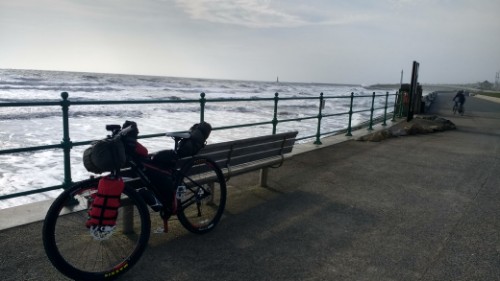 My aim for today was simple, ride north along the coastline and enjoy the sights. I figured that 50+ miles would be a good day but I would play it be ear given the terrain, weather and fitness. Although I grew up in the north east I've been living in London for the past 10 years and surprisingly haven't ever ventured far up the coast from my home area. The sun was shining and as I stopped to admire the lighthouse at Souter Point I took a moment to breathe in the fresh salty air. 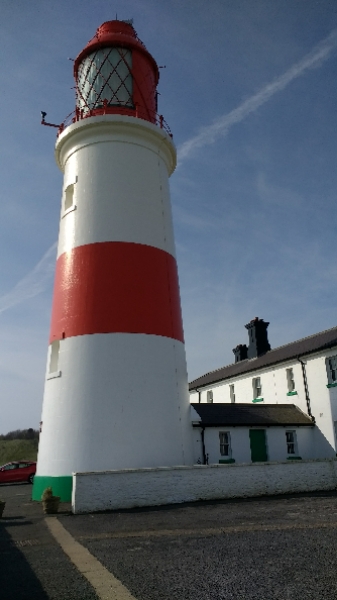 It may only be day 1 but today I experienced my first ferry crossing of the trip, a 7 minute journey over the Tyne River from South Shields to North Shields. I survived the choppy waters and continued along to Tyneside where I enjoyed the views from Tyneside Castle & Priory. It was once one of the largest fortified areas in England with over 2000 years of history. 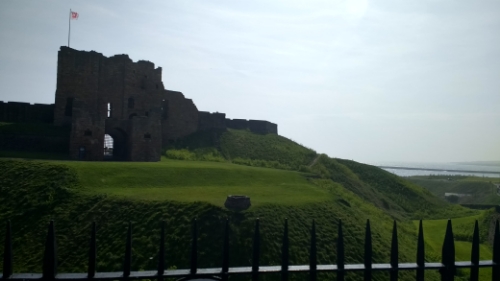 Shamefully I know very little about the history of the north east coast but today I really enjoyed reading about the different sights along the coast and next on my list was the Lost Waggonways at Whitley Bay to Cullercoats which was used to haul coal to the ships. 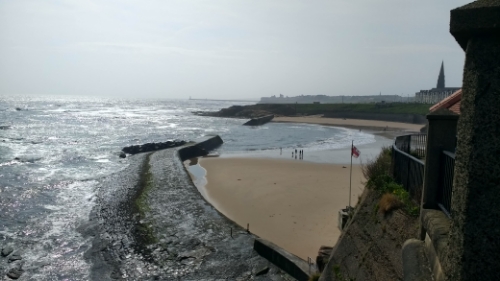 St Marys Lighthouse was my next stop before a rather long stretch of bleak inland riding around Blyth. 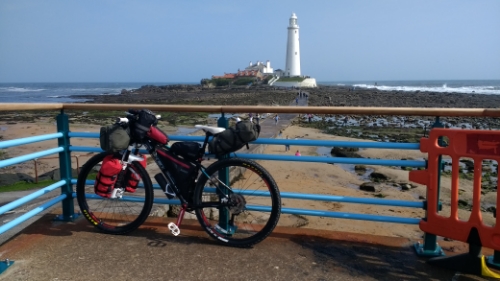 I met another rider just outside of Blyth and we cycled and chatted together for a good 5 or so miles. He'd done the ride from Edinburgh to South Shields last year and is set to ride the Coast to Coast route in a few weeks so was out on a training ride. I lagged behind a few times due to the inclines and my heavy bike but he held off the power so we could ride together which was really nice. Unfortunately I was feeling the heat a bit by the time I was approaching Cresswell and was well behind so as I saw a shop on my right I decided to stop for a nice cold drink. It was a shame that I didn't get to know his name or thank him for the company but I suppose that may be the case for the next few months.

Finally back along the coast I entered Druridge Bay Country Park and rode alongside the sand dunes and the nature reserve. The weather was breezy but warm and there were lots of people out and about enjoying the May Bank Holiday. 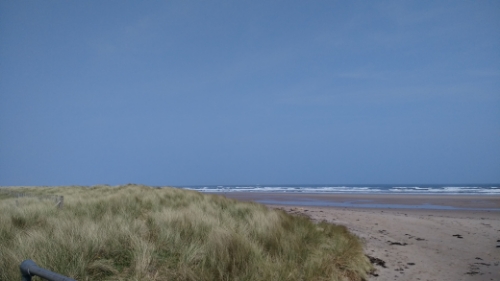 From here it was a short ride into Amble where I wandered along the harbour and marina with the scores of people eating fish and chips. I was tempted to indulge but wasn't that hungry so I just enjoyed the sights and sounds of the seaside. 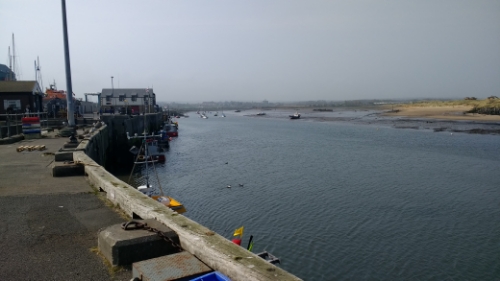 Looking at the map there was a campsite not far away and I felt that I was happy with my ride so decided to grab some food from Tesco and call it a day. There's no point in breaking myself and 50 miles was a good ride so I had pitched my tent and had a brew by 4:30pm. 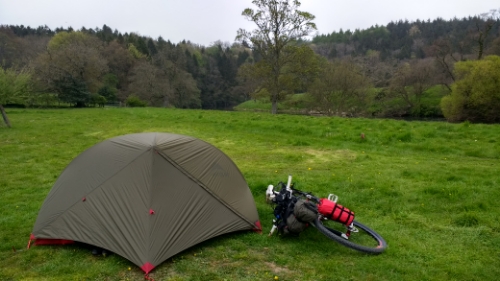 I couldn't have asked for a better start to my trip today. The sunshine, people and stunning coastline have put a smile on my face and a spring in my step. 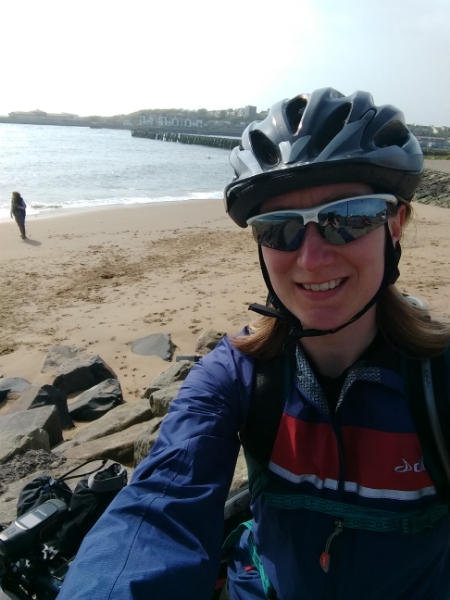 Let's see what tomorrow will bring!