It was blue skies and sunshine as I left Berwick this morning on day 3 of my trip. Yesterdays ride from Amble was 58 miles and so I spent the night in luxury in the youth hostel as it was the same price as a campsite and I hadn't managed to find a wild camping spot along the coast path. It was a misty start yesterday but the sun appeared as I arrived in Boulmer and the afternoon through Craster, Seahouses, Bamburgh and up to Berwick-upon-Tweed was gloriously sunny although still a bit fresh in the breeze. 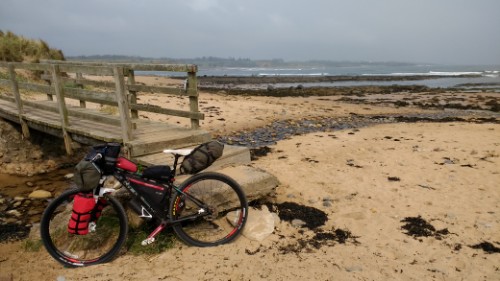 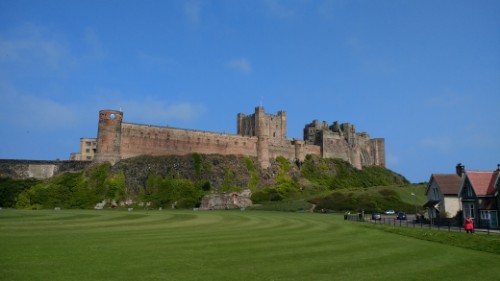 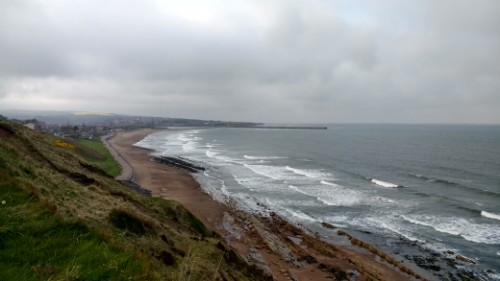 Today has been a much tougher day both physically and mentally. Taking the Round the Forth route 76 just outside of Berwick I headed north towards Eyemouth. It was hilly immediately and it wasn't long before I made the leap from England to Scotland! My first border crossing, yay! 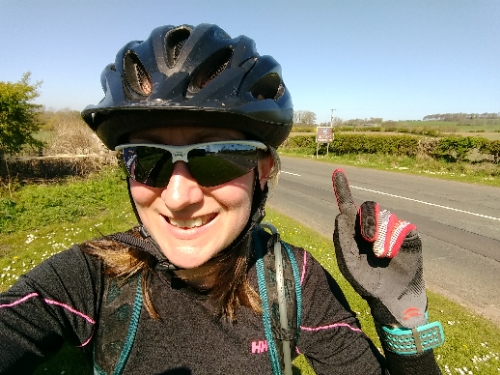 There was a strong headwind and each rotation of the pedals seemed to get me only inches ahead. Add in a long hill climb with my beastly heavy load and a tortoise could probably have overtaken me. Don't get me wrong I expected hills but my poor little knees were screaming at me after a few miles and I began to regret not doing a little bit of hill training before I set off. The winding country roads and stunning views in the sunshine did compensate for some of the hills though. 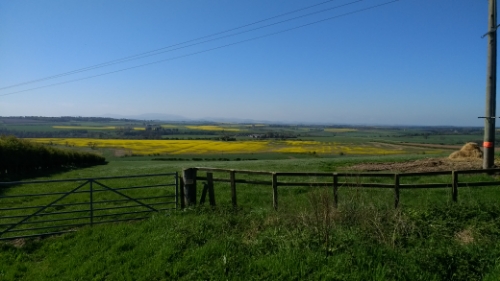 Just north of Eyemouth I met two guys out on a day ride and stopped for a bit of a chat. They warned me that there were hills all the way to Dunbar where they'd started from but it was only 20 miles!! One of them even gave me a few tips on a route in the Hebrides as he'd ridden it a few years ago. These little interactions are lovely. It's so nice to talk to strangers, after 10 years living in London I've sadly turned into a bit of a 'stranger talking sceptic' but out here in the real world meeting and talking to people are the best bits of the day. It's also a fantastic way to make sure that you smile every day.

At my lowest point today I simply stopped, propped up my bike and lay down in the sunshine. I stayed there for a good hour just relaxing and trying to gather the will to get back on the bike. Moments like these will be frequent I think until I've gained a bit of hill hardiness and knee strength but it seemed to help my mood to continue riding. 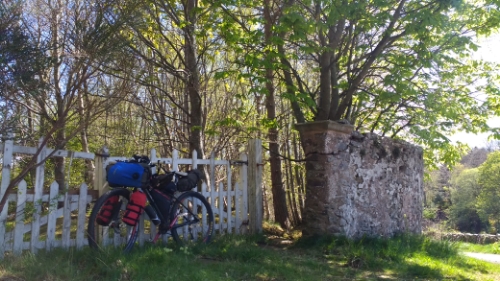 I must make a confession, many of you reading this will think that I'm alone on my adventures however when in Sunderland I found a friend who has joined me - let me introduce you to my travelling companion.... Monkey. 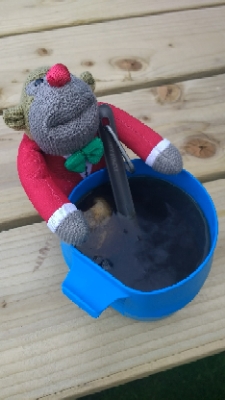 Yes, he's dressed a bit smartly for a 3 month trip on a bike but nevertheless he's jolly good company. We've gotten on very well so far and he's happy to take on some of the trip responsibilities - mostly tea making but a little help is better than none.

There was a lot less coastal scenery today and more inland country roads and I think I've been spoilt for things to look at for the first two days of the trip. I did however get to see my first nuclear power plant today, Torness Point. I looked carefully but didn't manage to see any wildlife with extra legs or a green glow so it must be safe ;-)

The approach to Dunbar was back on the coastline and what a view. 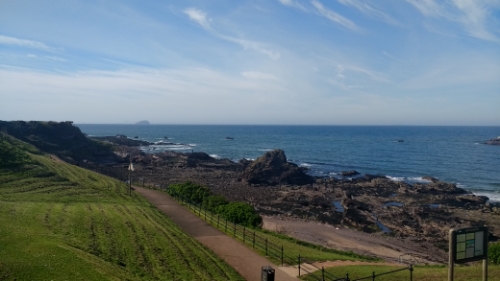 I'm all settled in a very nice campsite now, I think all of this glamping is dangerous, one could get used to a music playing in the toilets and showers. I may even find myself sleeping in there as it will be less noisy than the group of Duke of Edinburgh students in the field next to me! 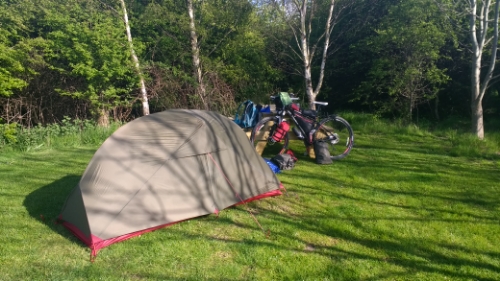