The Capital Ring Trail is a 78 mile circular walk around London and it's been on my radar to ride for quite a while now.

With New Year spirit I set off from my flat in Wimbledon just after 7am on Sunday anticipating a nice long day in the saddle. I'd decided to ride my commuter bike which I bought for £20 off a friend and has served me well over the last few months when pootling to and from work and around the city. Only 5 minutes in and I was facing my first unplanned detour as the trail goes through Wimbledon Park which was closed until 8am - doh! I knew the ride would be tricky in places as it is a walking route and I was planning to make some adjustments so that I didn't break too many 'no cycling' rules, which was also another reason for setting off in the early hours. Never mind, I headed for Wimbledon Windmill to venture onto the Common and caught the first whispers of the early morning. 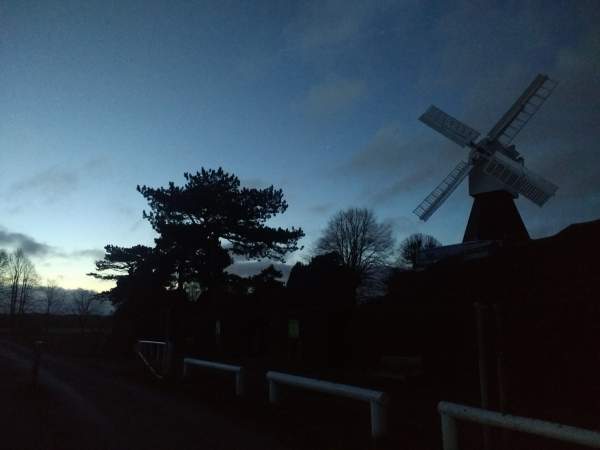 I rode to Queensmere pond and saw my first dog walkers of the day as I slid through the muddy tracks, a stark reminder that I wasn't on my mountain bike and that I'd have to take it carefully to avoid a free mud mask from a face plant! Onward through Richmond Park I stopped briefly to admire the deer munching on their early morning breakfast before making my way over towards the Richmond Gate. The walking route goes through the Petersham Gate but I stuck to the cycle paths and met up with the Thameside path en route to Richmond Bridge. It felt lovely to be up and about before the world had awoken, so peaceful with just the odd runner or dog walker to greet.

A bit of hike-a-bike over Richmond Lock and I was northward bound for Syon Park. This part of the route I did roughly know so it was nice to just relax and not worry about finding the signs. 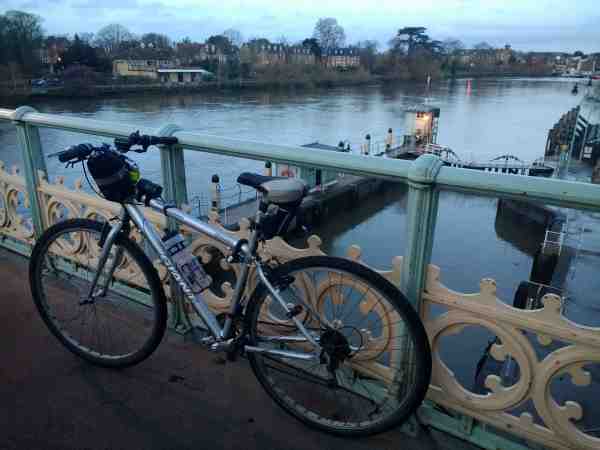 It wasn't long before I was onto the towpaths and could smell the wood smoke from the canal boats as people began to wake for the day. It was pretty nippy in the breeze and the further north I rode the more frozen puddles and frosted grass I passed along the way. I love the eclectic mix of life along the canal, with boats and barges of all shapes and sizes, the rough industrial buildings that loom over the water and the oldy worldy locks and quaint bridges - it's hard to believe that I'm only a few miles from the hustle and bustle of the big city. 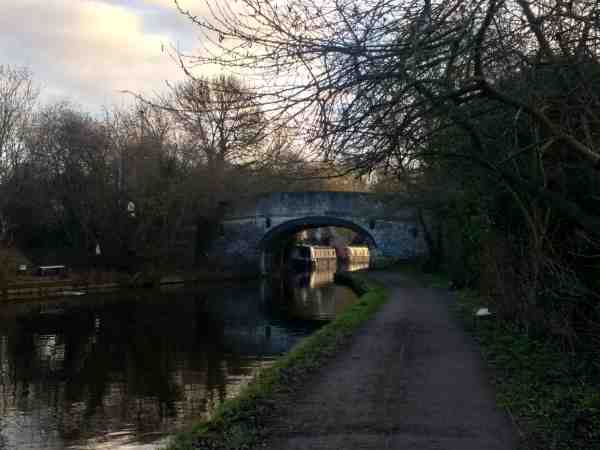 After riding through Perival Park and crossing the busy A40 I looked at the map to try and figure out where the route went next. Engrossed in my phone and not paying enough attention to the cycle path alongside the road, I looked up in horror to see a lampost looming as I slammed on the brakes and half hit it, ooopsie! Stupid girl Thompson! Luckily it was mostly my pride that was dented as I hung my head in embarrassment riding past the people at the bus stop who had seen my little collision. After stopping further up the street to consult the maps whilst stationary (much recommended) I realised that the route was back where I'd just come from and had to do another ride of shame past the bus queue, albeit it a bit more graceful this time, haha.

Back on track and headed towards Horsenden Hill I passed Westway Cross shopping park and decided to make a piddle pit stop at the McDonalds. Suitably relieved I continued and met the canal again when all of a sudden I heard a strange noise and felt the chain slip. Stopping to reseat the chain I started off again only to move a metre and then stop. I got off and had a closer look and was astonished to see that the cassette had literally come away from the wheel! As well prepared as I was with tools and spares there was no chance in hell that I could fix this bad boy, it was unrecoverable and marked the end of my miles on the Capital Ring. 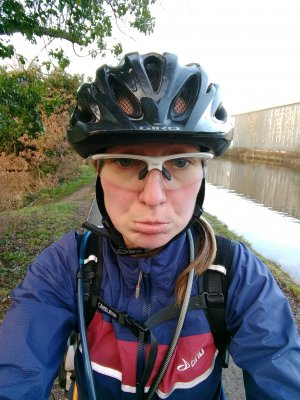 There was only one thing for it, to limp back to Maccy D's and have a hot steaming brew to regroup and plan how to get home. The tea certainly hit the spot and luckily I was only a 5 minute walk from Greenford tube so I decided to chance it and try taking my bike on the underground. Luckily it was still early and so there weren't many people about but I nearly came a cropper again when I decided to put my bike on an escalator rather than take the stairs....not as easy as you might think and halfway up I thought I was going to topple over backwards. Needless to say at the next station I shouldered the bike up the stairs amid stares from those around me.

Arriving home an hour later I was still pretty gutted that my first adventure of the year had turned into misadventure but no-one had died so really it wasn't the end of the world. I'm sure The Beast (my trusty mountain bike) had a good laugh when I got in and was sneakily saying, 'you should have picked me..' but that's life, eh! 20 miles is better than nothing and at least next time I'll have more of an idea of where I'm headed. Capital Ring I shall be back!