Today was an exciting day, clean socks day! They are so nice and fresh and I can guarantee that by the time I take them off tonight they will reek. It's my shoes, they stink and so transfer the stink to my socks - it's still nice to have clean socks though.

It turns out that my camp spot last night was a bit too noisy and so I didn't sleep much but I did see a rather glorious sunset. It was 10:30pm when I took this, it seems to stay lighter much later here. 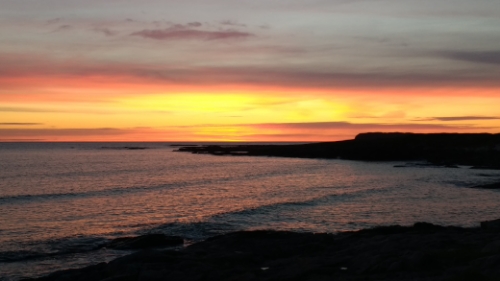 I was on the road by 9am and headed back north towards Barra Airport where the runway is actually on the beach. Unfortunately the tide was in but it looked like a pretty cool place. 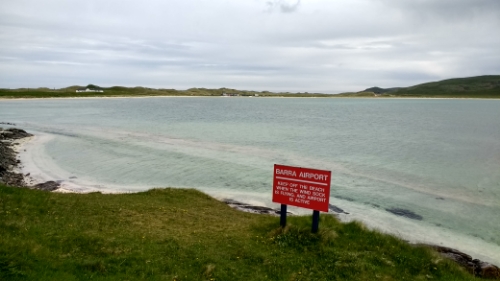 I then headed a few miles along to the Sound of Barra to get the ferry over to Eriskay. 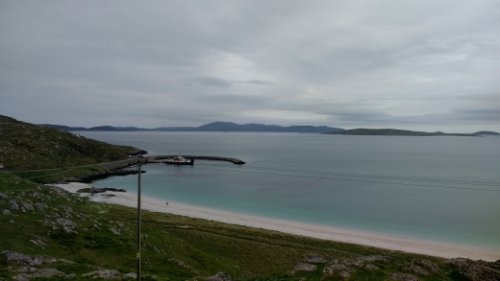 It's a small island that is joined by a causeway to South Uist. The houses seemed to be dotted around the rolling hills and they all looked different. 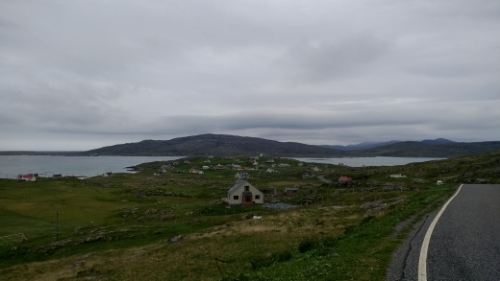 It had been drizzling and overcast all morning so I set off to find the nearest cafe only to be distracted by a couple looking for the only pub on the island and so I thought it would be a shame not to check it out. Am Politician is a pub named after the SS politician which ran aground off Eriskay in February 1941 with over a quarter of a million bottles of whisky on board. I went in for a cup of tea and ended up having a pint, well one has to celebrate the Bank Holiday Monday somehow!

Riding across the causeway to South Uist I kept an eye out for otters as it's meant to be a great place to see them but I only saw a grey seal. 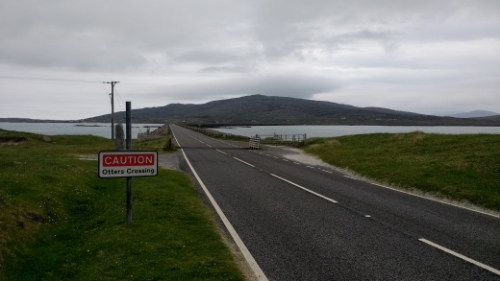 Riding east towards the coast I decided to take the off-road route and had a nice scenic jaunt along the coast. 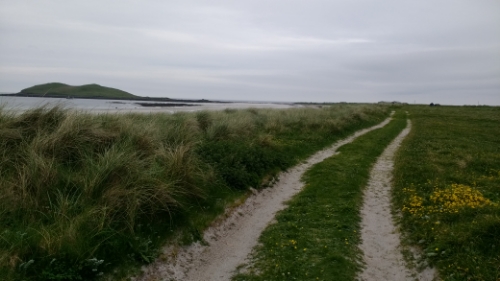 I stopped by Orasaigh island leaving The Beast on the mainland and wandered across. There was nothing there but a grassy hill but it was worth the effort to get to the top as the views were great. 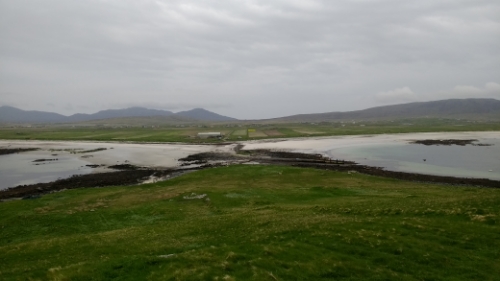 Walking back across the seaweed and sand calamity Jayne struck and what looked like a rather yacky area of sand and seaweed turned out to be the most disgusting stinking bog and my left foot went straight in it and over the top of my shoe. The smell was horrendous, it smelled like sewage and that was the end of my nice clean sock, bad times.

The next few miles through were like something out of the twilight zone. Through Baghasdal to Cille Phedair was incredibly strange. Houses that looked old and haggard, ruins, cattle and a lot of open fields. I saw no-one and the whole place felt like I was the only person alive after the apocalypse, really quite freaky.

I decided to take a short detour to see something a bit cultural, the Cladh Hallan roundhouses. 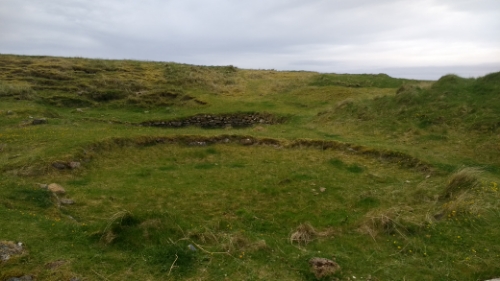 They are from the late bronze age, not much to see but my little bit of history for the day.

Riding west towards Lochboisdale where I'd decided to camp you could see the towering mountains on the east coast. 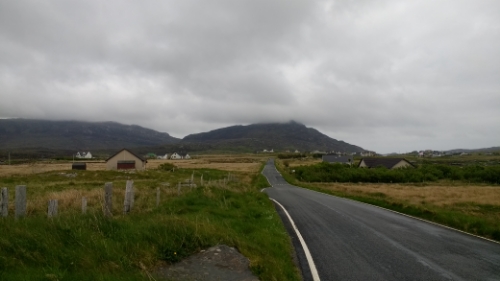 The place was deserted, there is not much here other than a ferry terminal and a hotel and so I rode down to the harbour. Putting up a tent in the rain is never fun but it's done now and I'm into dry clothes and planning tomorrow's ride. 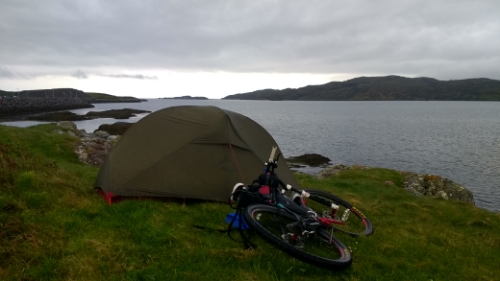 My shoe is outside getting rained on in the hope that it will help wash some of the sewage stench out of it and even though I've washed my foot twice with baby wipes and covered it in scented oil I can still smell it, might be a good time for a hostel tomorrow night I think!