Today was the first day that I haven't woken up to blue skies and sunshine. Instead it was overcast and a bit drizzly and so I turned over and decided to lie for a while and hopefully doze. You would think that by now I'd be a pro at sleeping in the wild but unfortunately for me my body thinks otherwise. Often after a lot of exercise I will have pains in my legs in the night or just toss and turn with numb hips/shoulders/arms because of the way I'm lying. Last night I woke at 1am feeling hungry and once awake I don't get back to sleep easily so it seemed like a long night.

The drizzle gave up the ghost around 9:30 and I'd already had porridge and tea in bed by then so I was packed and ready to roll just after ten. I decided to further investigate the West Island Way footpath to see if it was possible by bike as it goes all of the way around the south coast of the island but after less than a mile I could tell it wasn't going to work with 'The Beast' so I turned around and headed back to Kingarth to take the long way around.

The map showed St Blane's Church and a couple of other interesting sites and the lady in the pub last night had recommended seeing the church so that was my plan for the morning. On the way I saw a sign for the Largizean Stones and stopped to take a look. They are three large boulders in a corner of a field and were 350m from a site of a large haul of bronze halberds found in the 19th century. 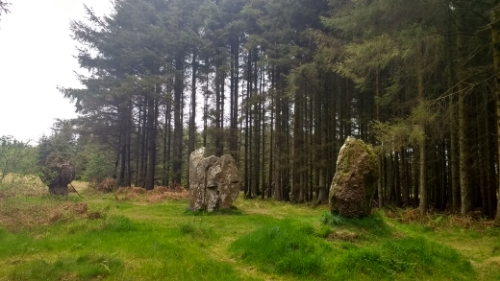 Whilst there I got chatting to a couple from Cumbria and they were very friendly asking about my trip and giving me lots of tips on places to visit. They were the kind of people that you get along with instantly and I could have talked to them all day.

Back on the road to the church I took another detour to see more standing stones. It seems to be a big thing here in the islands but the second lot looked much like the first so I'm not sure I'll be stopping for many more.

Finally reaching St Blane's Church I made my way up the hill. It's an early Christian monastery from the 6th century founded by St Catan. It is said that his sister Ertha became pregnant by an unknown man and so Catan cast her and her newborn son Blane adrift in an oarless boat. They spent the next seven years in Ulster but on his return to Bute Blane was reunited with his uncle and succeeded him as abbott of the monastery. No one really knows what happened to the monastery but it is said that the Vikings seemed to have occupied it as various items have been found to suggest this. 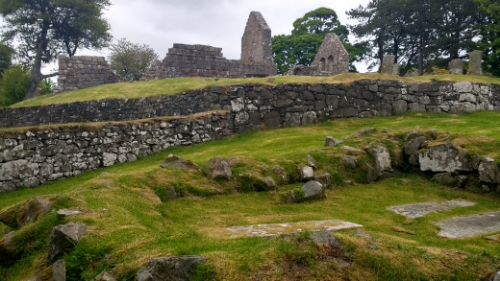 Now I'm not some kind of history fan but I do find this kind of thing rather interesting when you're visiting places. The view from the monastery out over the coastline was lovely and I could imagine that in it's heyday it would have been a rather magnificent place. 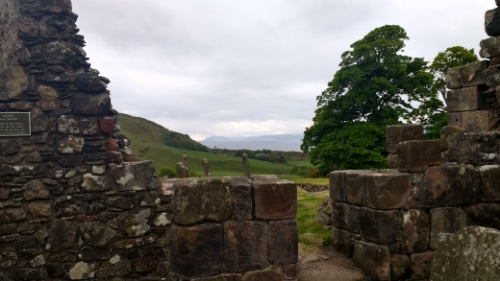 That was the end of the road in the south of the island and so I headed back towards Kingarth to go west to Scalpsie but ended up taking another detour to Dunagoil, a fort from the neolithic and iron ages. 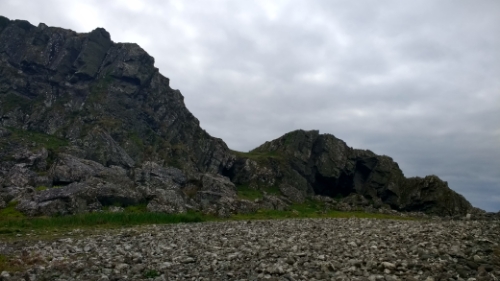 After a rather tiring morning of historical culture I rode to Scalpsie Bay where I stopped for lunch. I was feeling rather exhausted and like there was nothing in my legs to power me up the hills. It's difficult to know whether this is because of tiredness or not eating enough but I just felt a bit drained. I'm not doing this trip to rack up the miles or challenge myself to breaking point so I decided to ride back to Rothesay and see if the Bute Brewing Co. that I'd rode past yesterday was open as it would be nice to partake in my first brewery tour of the trip. It wasn't to be sadly as they were closed again and so I settled for a pot of tea and a haggis wrap in a cafe on the sea front.

Rejuvenated and ready to get back in the saddle I headed up round Port Bannatyne and then back west towards Ettrick Bay where I was hoping to stealth camp somewhere along the coast. The sun made an appearance at this point and it was nice to feel the heat on my face again. A quick stop for water at the Bay and I was off to find my room for the night. 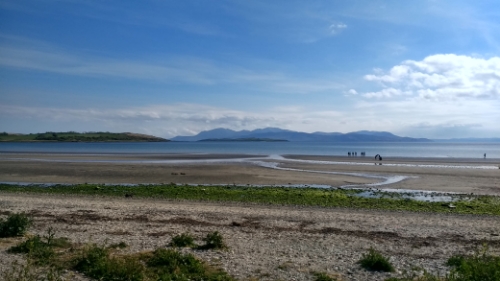 I've managed to find a lovely spot with gorgeous views over the Kyles of Bute. 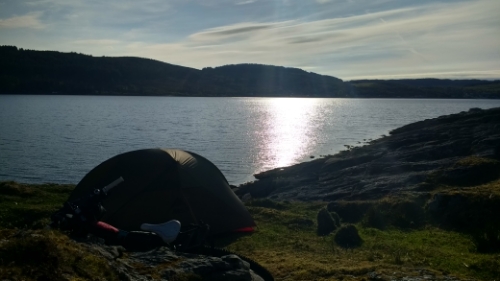 After putting up the tent I was watching the sea as the couple I had met this morning had told me that they had seen porpoises not far from where I was camping last night and so my eyes were peeled for motion on the ocean. By chance a bit later I saw what I thought was a large black bird and so I got my binoculars out and it was a seal, yay! It was a big one and it had hauled itself onto a rock in the shallows and was waving it's tail up and down. I was so excited and grinning from ear to ear. Don't get me wrong I've seen seals before on boat trips but this seemed much more natural and personal and it made my day.

The sun has set on another day here, they all seem to go so fast. Time to brush my teeth and snuggle up in my sleeping bag for what I hope will be a nice long sleep - well a girl can dream, can't she.....

Ooh I almost forgot to mention, I've got a new trip summary category to account for the hitchhiker that I removed from my leg earlier today, 'Ticks removed from body'. Let's hope this count stays at 1!!