I'm writing this by candlelight in Lochivraon bothy. All I can hear is the drum of the rain on the tin roof and the odd whistle of the wind. I'm alone but it's only just after 9pm so you never know if a walker or two may arrive after a day in the hills.

The bothy is big and very luxurious. It's got running water, a nice fire and an indoor toilet!! 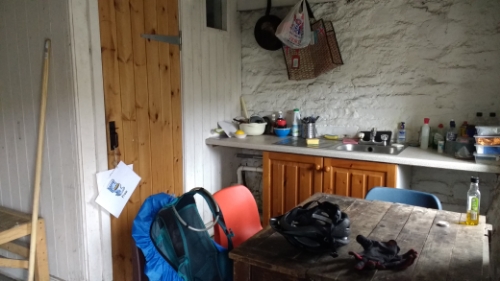 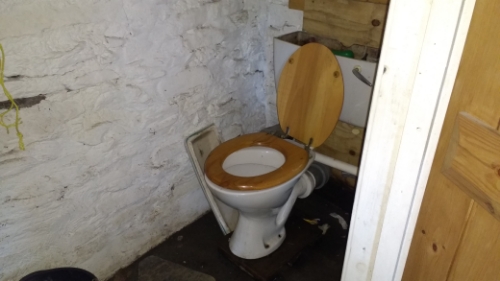 It's next to an estate house by the loch and the views outside are fantastic. 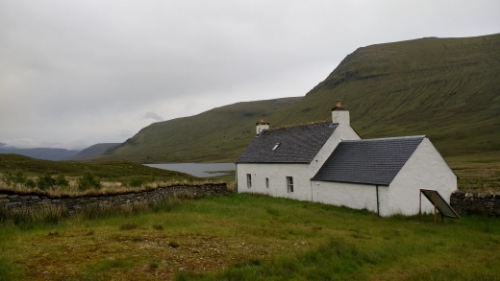 I'm back on the mainland, the west coast of Scotland. I got the 2pm ferry over from Stornoway and said my goodbyes to the Outer Hebrides after 2 weeks of riding there. Arriving into Ullapool it was so refreshing to see a change of scenery. 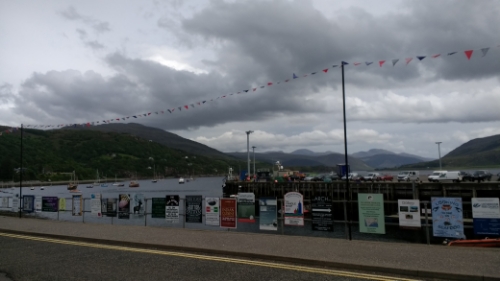 Riding along the main road that goes to Inverness all I could see were mountains, trees and water. Trees were a rarity in the Outer Hebrides and here it's just forest after forest of greenery. 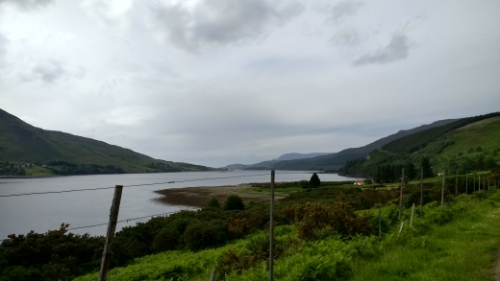 I'm not sure whether it was the hours of relaxing that lulled my body into a false sense of security but I definitely felt it in the legs going up the hills out of Ullapool. It doesn't help that my seatpost repeatedly goes down even though the quick release is fully closed - think I'll have to get it looked at soon because it makes life difficult on the hills.

It was around 12 miles to Braemar junction and the wind wasn't too strong in my face. I was sweating from the hills and it was nice to stop at Corrieschalloch Gorge to get off the bike and have little wander. 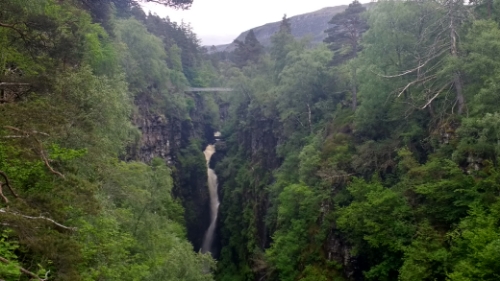 Just as I got back to the bike it started to drizzle and I hoped that it would just be a drizzle rather than a downpour as I still had a few miles of uphill to go before I turned off for the bothy. Luckily the weather held and after a rather long few miles I saw a gateway to some biking fun! 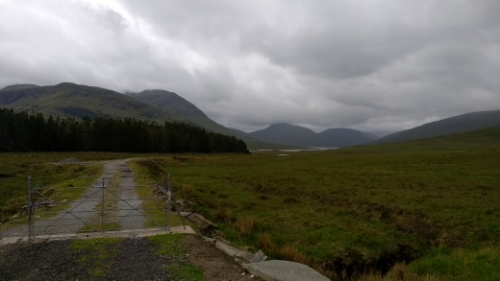 The singletrack follows the side of the loch and it was great to be off road and bumping along the rocky trail. 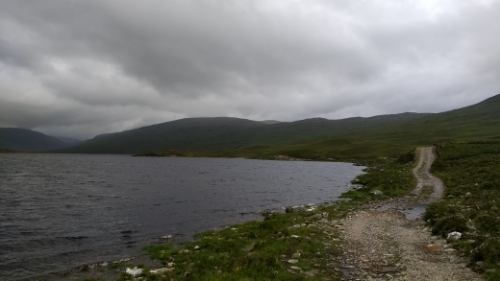 There were a few parts of deep shingle that I had to push through but the rest was just pure joy, splashing through and across streams and mud and rocks, The Beast was in her element and I was loving it too! 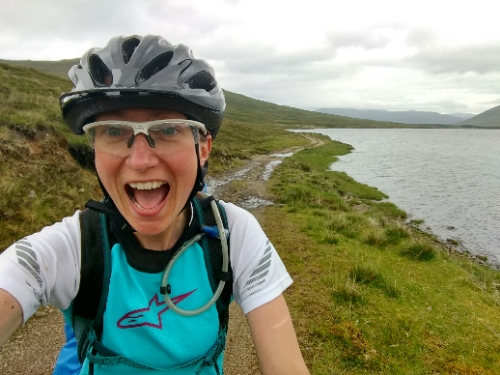 Finally a building came into view which was the estate building. Behind was the bothy and I'd made pretty good time to arrive at 7:30pm as I was ready for some grub. 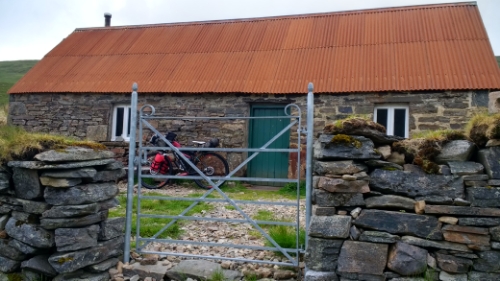 It has seemed quite a long day but I'm looking forward to a nice lie in tomorrow and a bit of a lazy start. This place is well stocked by the lovely people who visited before with free candles and tea bags. The only thing that would make it better would be a wee dram of whisky but alas my hip flask is long dry - I suppose you can't have everything in life!