Today has been one of those days where you feel like a week has passed. Jam packed full of places, people and miles means I'm pretty tired but happy as Larry.

I decided to take a different route to the one I'd originally planned via Tyndrum this morning as today was the day of the Inverary Highland Games and I couldn't miss out on that!

Riding along the loch I passed Kilburn Castle and what a sight it was with the sun shining and blue skies. 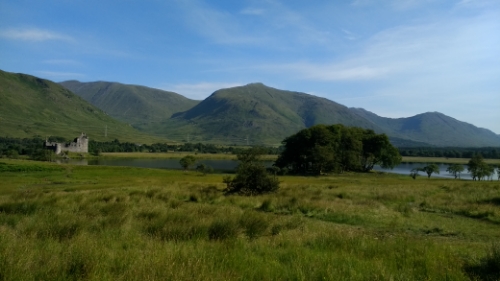 It was 15 miles to Inverary and it was rather up and down. I arrived in plenty of time just after 10am and hadn't even managed to get off my bike before I heard an old lady asking me if I wanted to leave my bike around the back of her house. She was standing at the door with a walker, surveying the festivities as her house was right at the entrance to the games and the castle. I said hello and decided it was a good idea to leave the bike and go on foot for the day and so took her up on her kind offer and left The Beast tucked up safely in her back yard.

The view of Loch Shira was gorgeous. 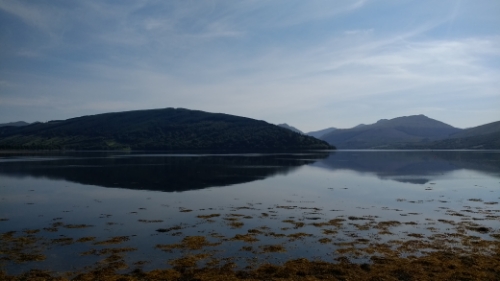 Having been told that the pipers would start in the main street and parade up to the games I got myself a good spot and waited excitedly. Just before 11am I heard the bagpipes start and the band marched by. 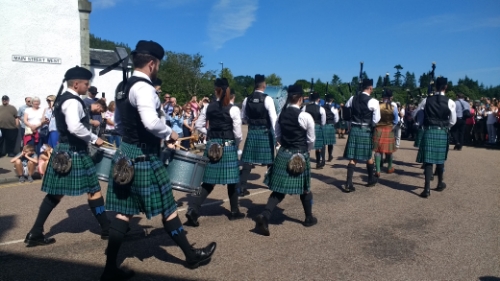 I always find the sound of bagpipes quite moving and I had a lump in my throat as I remembered the happy times growing up as a child and going on holiday with my Aunty and Uncle and listening to their friend Henry play the bagpipes. My Uncle is no longer with us but I thought of him and smiled.

Joining the parade and walking into the games ground was great fun. The next few hours passed in a whirl of shotput, hammer toss, 800m cycle sprint and lot of bagpiping! 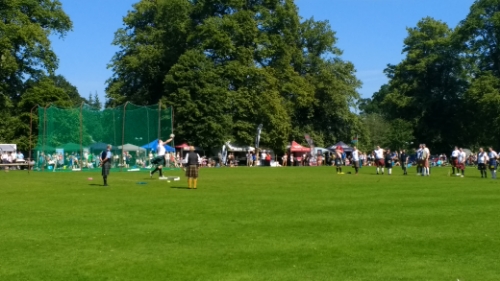 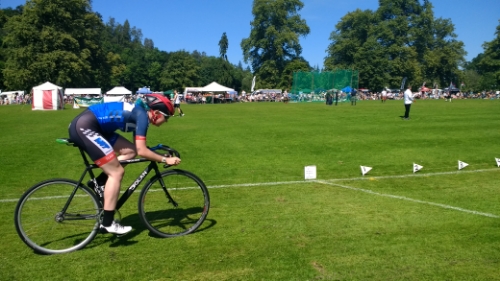 It was a hot and sunny day and that calls for only one thing on this trip - ice cream! The budget has gone out of the window for this last week and so I had a double cone, oooooh! 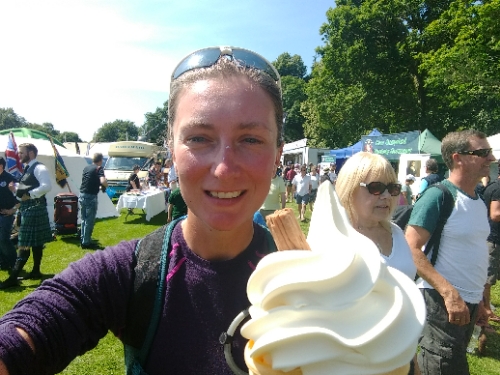 I would have loved to have seen the caber toss but it was the last activity of the day and unfortunately I still had miles to pedal so I said my goodbyes to the Highland Games and went to retrieve the Beast.

I'd bought the old lady a packet of shortbread to thank her and as she was busy chatting to some other people at her door I just thanked her and gave her the shortbread. I asked her name and she said, 'call me Granny May', such a sweet old lady!

Hitting the tarmac again I rode in the searing heat. Now I am not complaining as it is dry but wowser it was hot! After about 8 miles I stopped at a garden centre for an ice cold drink and it was a welcome break.

I'd only just set off again when I saw a sign for Loch Fyne Brewery. I couldn't just ride past, investigation was required and upon finding that there was unfortunately no tours available due to a staff shortage I thought it would be rude not to taste some of the wares. I had a tasting paddle of the Maverick, Highlander and Sanda Blonde and they were all delicious! 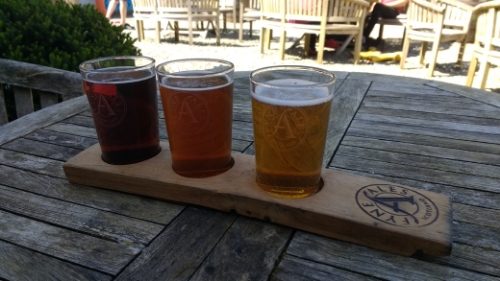 It was coming up to 4pm and I still had 20 miles to ride over to Loch Lomond and so regrettably I got back on two wheels and began the long, slow, hot climb over to Ardgarten. The wind had really picked up and it was as usual right in my face, regardless of when I turned a corner. I was going so slowly at one point that I figured it would be midnight before I got to Loch Lomond. The traffic was mental, loads of cars screaming by and I couldn't hear them approach because of the wind. Some were so close I started to get rather angry and cheesed off. 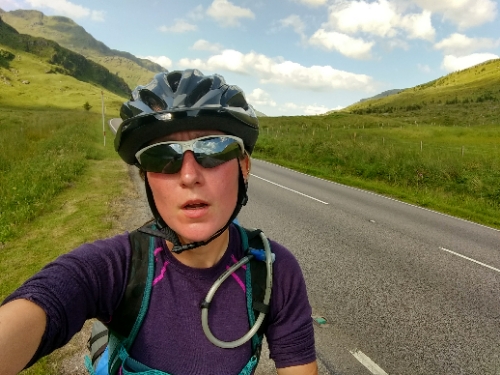 I tried to tell myself to focus on the lovely scenery and it was a mental struggle not to fall into that, 'I hate the wind and the world and just want it all to stop'. A few loud shouts helped and after a lot of sweating up the hill I finally reached the other side. You know it's windy when you have to pedal the downhills and that was the case today although I have had worse.

Eventually I wheeled towards the shores of Loch Lomond and was relieved that the worst was over for the day. 41 miles of riding today in the heat had taken it's toll and I indulged yet again at the hotel by the pier with an ice cold cider, ahhh heaven! I got chatting to some ladies that were on holiday from Angelsey, Susan and Carol and the next hour was filled with talk and laughter, a lovely way to end the day.

My camp spot was only a few miles down the loch and I'm now sat with the most amazing view of Ben Lomond. 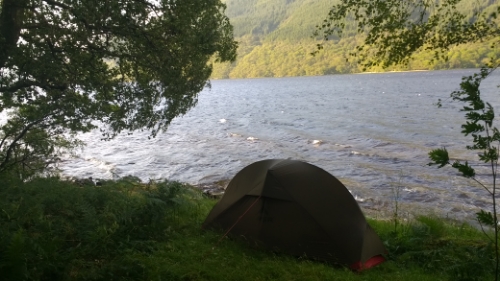 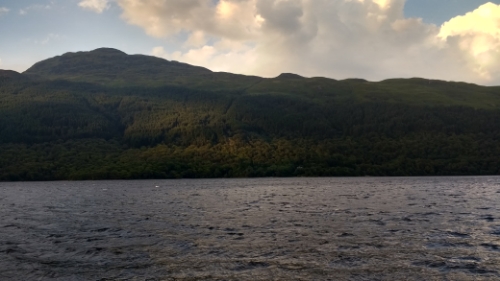 Scotland just keeps giving and I'm excited for what tomorrows adventures will bring.