Hearing Dave and Phil packing away this morning I knew that I had to make a move. Woken at 2am by their bike alarm going off, it had taken me a good hour to get back to sleep and so I really didn't fancy moving - and there was me last night saying that a bit of company would be nice!

The first boat to Holy Island was at 10am however and I wanted to sneak in a quick brew from the cafe first to see if I could ask them to charge one of my power bricks, so rather reluctantly I got up. I was by the pier at 9:30am, one of my earliest starts yet and asked the guy for a ticket for the 10am sailing and he said that the first boat wouldn't be until 11am because of the tide, aw man! I went to the pier cafe and it didn't open until 10am and so I sat on a bench munching on an oat bar until the doors opened.

Warmed by a pot of tea and knowing that my power brick was charging I bought my ticket and locked my bike up by the boat shed. The sun was shining and Holy Island looked rather beautiful. 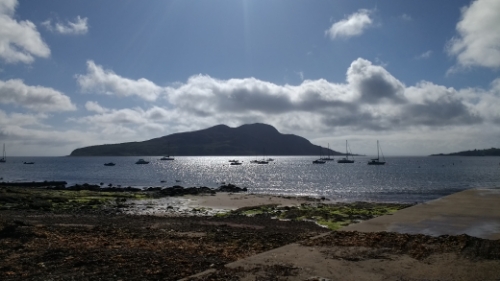 There were 12 of us who boarded the boat and our lovely bearded skipper Jim was happy and kept us entertained. When he asked if anyone wanted to drive the boat I thought he was joking but I said that I would give it a go. I thought he'd put it onto auto pilot or something until he said, 'we're not going the right way' and I actually realised that I had to steer. My very first sailing lesson, yay! 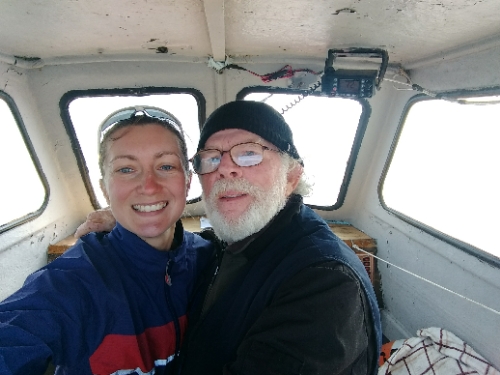 Thankfully Jim took the reins back and brought us into the pier where we were met by one of the volunteers who told us a bit about the island. It has a long spiritual history dating back to the 6th century and has an ancient healing spring and the cave of a 6th century monk St Molaise. The island contains the Centre for World Peace and Health and the founder of the project is Lama Yeshe Rinpoche, a Tibetan Buddhist meditation master. 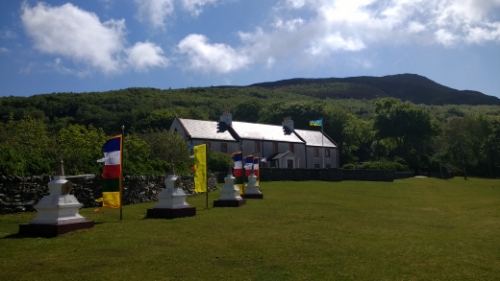 The centre hosts Buddhist retreats and also courses on various different aspects of Buddhism. I decided to walk south around the coast to the Pillar Rock Lighthouse. There were lots of sheep happily grazing by the boathouse and they were totally different to any sheep I've even seen. Apparently they are a breed from St Kilda in the Outer Hebrides called Soay sheep and they look a bit like a cross between a sheep and a goat. 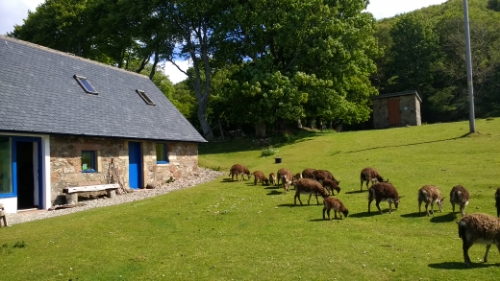 The first sight along the way was the cave of St. Molaise. He was born in Ireland to an Irish King and a Scottish Princess and miracles accompanied him throughout his life. He was offered the throne of Ulster when he came of age but instead chose a life of seclusion and religion in the cave. 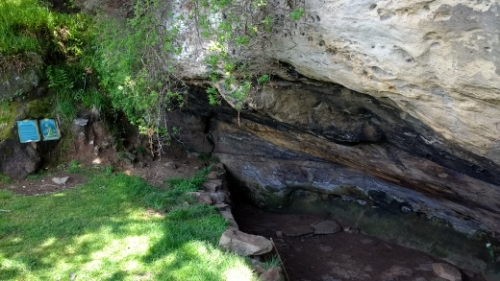 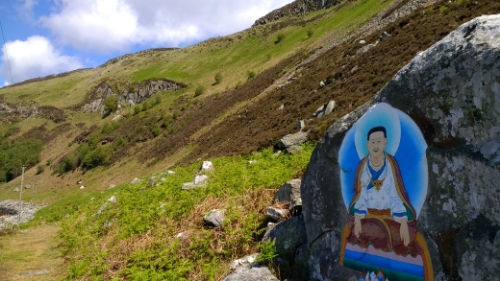 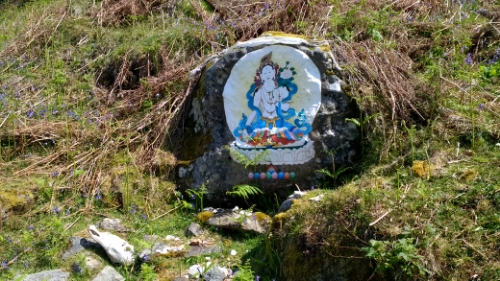 I don't know much at all about Buddhism but it seems to be a very peaceful religion and it's something that I'd like to learn a bit more about. There's actually a Buddhist temple in Wimbledon where I live so I think I'll go and visit it when I get back home.

Reaching the lighthouse on the north side of the island, Monkey posed for his picture. It is the only square lighthouse I've seen before, rather different! 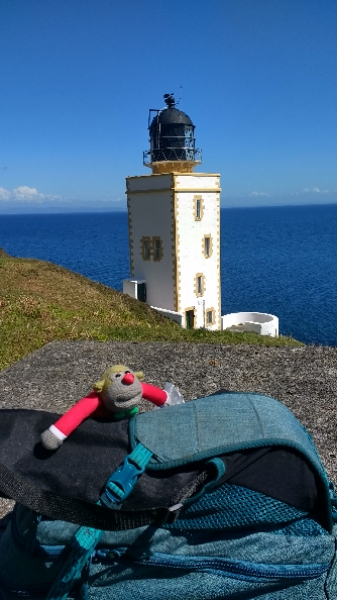 You can't walk all of the way around the island as most of the north east side is a conservation area and so I retraced my steps to the boathouse, chatting to some of the others from the boat. It was a gorgeous view and I felt rather happy and at ease. 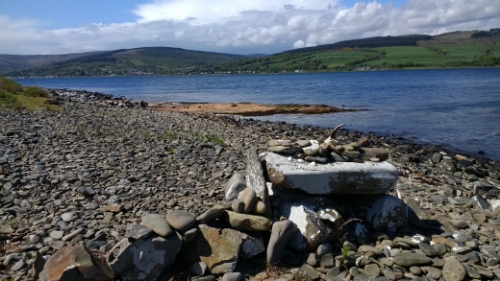 A quick stop for a free cup of tea in the boathouse and we were all soon back on the boat with a different skipper, Grant who took us back to Lamlash Bay, albeit a little bit wetter as the sea was a bit rougher this time.

Another island explored and a really enjoyable day resting my legs from the cycling. Next stop Brodick to find a camp spot for the night.