I have just had my first shower in 6 days and I feel amazing! This morning it was absolutely peeing it down and as I lay in my sleeping bag I was dreading the packing up of the bike and taking down a soaking wet tent. Needs must though and so I donned a lovely green poncho over my waterproofs and had a nice bundle of soggy tent packed up in no time. 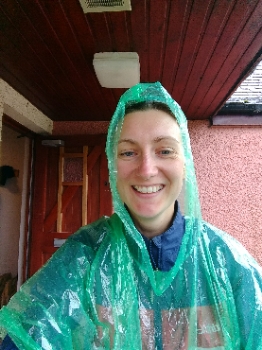 My first port of call for the day was the Isle of Arran Brewery tour. I visited Arran briefly around 4 years ago and was immediately taken by their delicious beers. It's very hard to get them outside of Scotland and so I was determined to try the tour this time and taste as many as possible.

Owen was our guide and told us a bit about the history of the brewery. It is a small brewery and is only 17 years old. In 2008 the brewery went bust and was taken over after an outcry from local people who loved the beer and wanted the brewery to stay open. Since then it's beers have won many awards and the Isle of Arran Blonde is it's most popular beer.

We walked around to see the brew room with the mash tun and hot liqour tanks but unfortunately they weren't brewing today as it was a cleaning day. 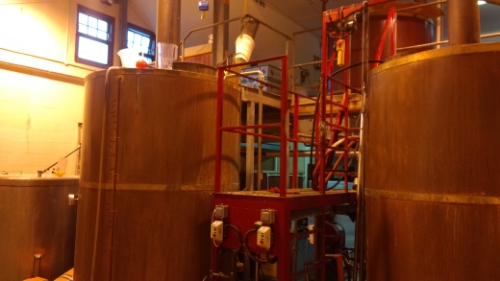 From there we saw the fermentation room and the conditioning and bottle rooms. I've been on quite a few brewery tours and this really is a small brewery. They can only brew 4 days a week as there is no capacity for more and so can often run out of certain beers. 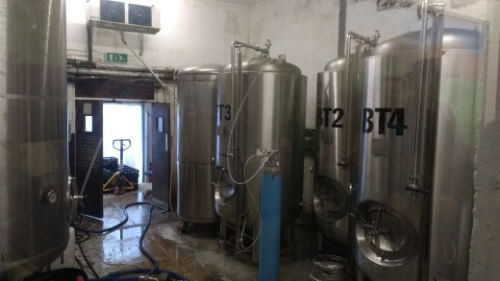 Now for the fun part, the tasting. There was an older Swiss couple and a younger couple with their 4 children with me on the tour and over the course of the next hour we tasted all 10 of their beers! I was expecting to try only a few so when he kept opening bottles I was well pleased. Needless to say we were all feeling rather merry by the end and there wasn't a single beer I tried that I didn't like! I could only carry one bottle in my bag though and so settled for a nice bottle of Red Squirrel ale to enjoy later.

All I had to do now was cycle the 10 miles from Brodick to Lochranza over North Glen Sannox which I knew would be a long climb. However I had decided to treat myself to a campsite tonight as taking the ferry back to Claoniag Bay today would be pointless as there is nothing there and I'd have another wet wild camp night.

After a few miles of cycling the rain petered out and I could see the start of the climb. 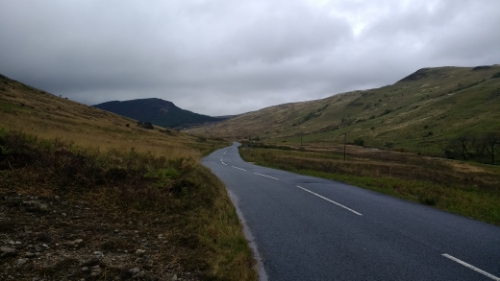 After a night and morning of heavy rain the streams were swirling and roaring masses of water. 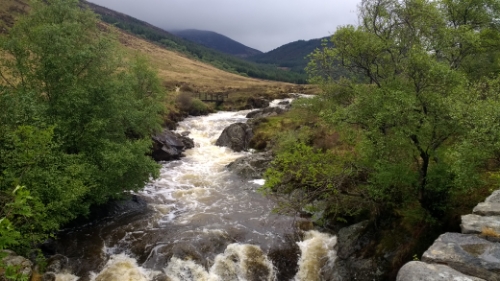 The climb wasn't too bad actually and the descent into Lochranza was thrilling as usual. The climbs are always worth it when you get to hare down a hill feeling like you're flying!

So I'm all setup for a nice night of luxury now. I'm clean and my socks have been washed and are drying. I've got a chicken tikka ration pack for dinner with my Isle of Arran beer and a lovely communal camp room to eat it in, what more could a girl want?