Waking after a pretty good sleep it was nice to just go downstairs and sit on a sofa drinking tea and eating breakfast. It's the change to a routine that is refreshing when you're on a long trip and it's always nice when you don't have to pack away a tent (or even worse a wet tent).

By 11am I was in Oban Distillery on the tour and it is the only one yet that allowed no photographs of any of the tour areas. Oban is a tiny distillery with only 7 staff in total and they have been making whisky here since 1794. 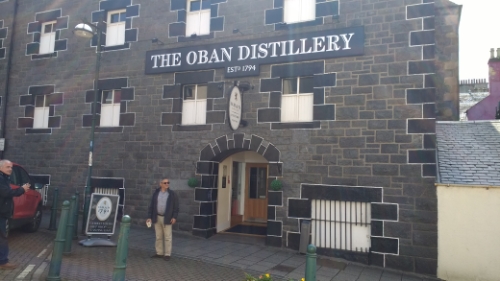 The tour was good and our guide Mike was really nice. We got to see the moment that the spirit running through the spirit safe was the correct ABV to actually start saving it to turn into whisky. All it was basically was a turn of a handle but it's a key moment in the distillation process.

Heading out to the warehouse we got to try a cask strength 8 year old Oban single malt. I've not tried cask strength whisky before and it actually made my eyes water at 58% proof. All I could taste was the burn and it's not my cup of tea at all. The bottled 14 year old that we tried afterwards was so much nicer and as part of the tour we got to keep the tasting glass. Being on the bike I tried my luck with Mike to swap it for a miniature instead but unfortunately Oban distillery don't make miniatures anymore. So I'm currently cycling around with an Oban whisky glass tucked into my shoe - not the one I'm wearing of course!

Alcoholic brunch over with I grabbed my clean washing and kit from the hostel and got the ferry over to Lismore. It's only a 55 minute crossing and the weather was lovely and so I sat on the deck taking in the sun and the views. 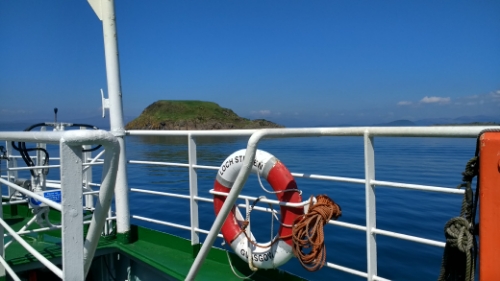 Three people came and sat on the deck and I noticed that one of them had a leaflet for the Lismore bunkhouse and so I asked if they were going there. They were and so we had a bit of a chat and said we'd see each other later.

Arriving in Achnacroish I put the postcode from the bunkhouse into Google maps and set off. It was scorching hot and it only took a few hills before I was soaked in sweat. Going through a couple of fields I arrived at a house and enquired about the bunkhouse only to find that I was nowhere near - fail! With local instructions I set back off to find the road and then still couldn't see where the bunkhouse was and so asked the driver of the school bus only to be told totally different instructions. The island is only 10 miles long and I saw myself riding around the whole thing before I found the place. Finally I rode up a drive and was greeted by the owner, Clare. The bunkhouse looked beautiful and I could tell immediately that this was going to be a nice place to stay. 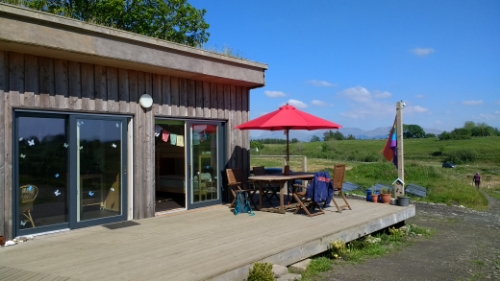 The bunkhouse is run almost entirely off solar panels and the water comes from a bore hole. It's a modern building with wonderful views from the cleverly placed windows in the bedrooms. 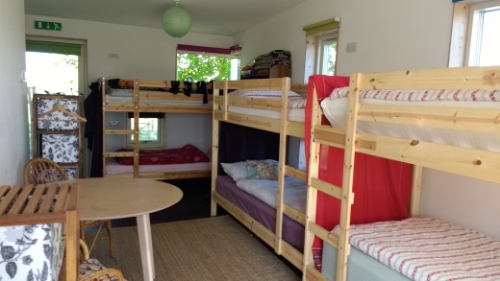 There are only 180 people live on Lismore and there is no pub and only one shop and so I enquired where the shop was in order to buy some dinner and a nice bottle of wine - this was my time to rest and relax after all.

Clare told me that there was a natural pool that I could use and I didn't hesitate to say yes as I was rather hot after just the short ride from the ferry and to the shop. I changed into my bikini, grabbed my towel and walked down to the pool. I expected it to be quite cool but it was so cold I swore and gasped after taking the plunge. A quick lap and I was out again warming in the sun, it was certainly refreshing! 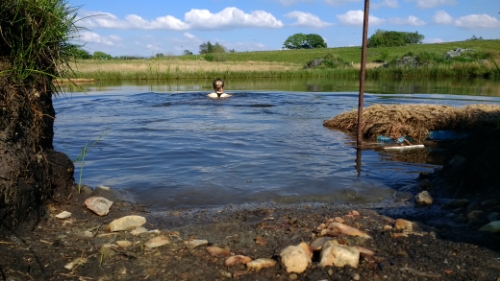 Another quick dip and that was it for me. I'm not really a swimmer and was happy just to have enjoyed a brief relief from the searing heat of the day.

There was another lady, Sally who was staying in the bunkhouse. She was Clares best friend and was up from Devon visiting. We had a nice chat and I sat outside on the decking and poured myself a glass of wine - this was my day off after all.

It wasn't long before the other guests that I'd met on the ferry arrived. Steph, Simon and Natalie were over from Dubai for a friends wedding and had decided to make a road trip out of it. Before long Steph had cracked open the champagne and I was invited to join them, fantastic. They had arranged to eat at the bunkhouse and so when their meal was ready I went for a wander down to the old lime kilns on the west side of the island as Clare had said it was a lovely place. She certainly wasn't wrong, the views and the light were amazing. 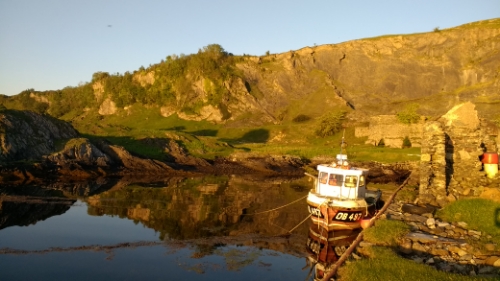 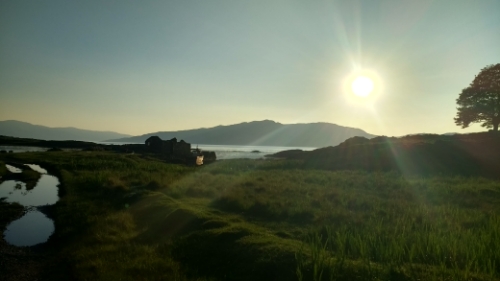 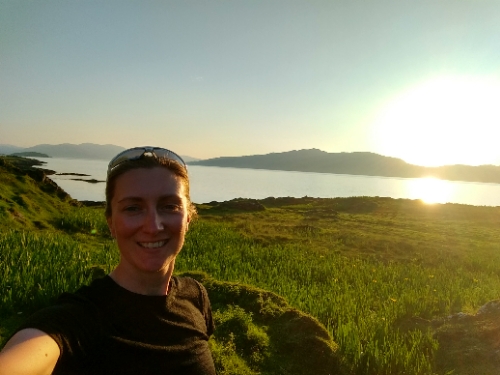 Feeling so relaxed and totally at peace with life I walked back to the bunkhouse. Clare, Sally and Pia had joined the others and we all sat chatting. I was so pleased that I had left Oban and come over to Lismore, it was such a great place and much more relaxing. Having met some fantastic people and enjoyed a wonderful (and rather boozy) night I was happy - sometimes things just work out and today was certainly one of those times.