This time last week I was riding back from a fantastic weekend of adventure at Yestival. With a freshly inspired and motivated mind, an incredibly muddy bike and a slightly weary body I started to reflect on the experiences of the last few days. I was very fortunate to be one of the speakers at the festival to share the story of my 'Bikes, Bothies & Booze' adventure in which I quit my job as a software developer in April to spend 12 weeks bikepacking and wild camping around the Scottish Hebrides. It got me thinking about how much has changed for me in the last year and how I arrived at this point.

Let's rewind a bit to October 2016. I was working as a software developer in the finance industry and filling my free time with cycling, camping, kayaking and running. Work was just a chore where the best part of my day was the 10 mile cycle commute each way and I lived for the adventure of the weekends. I'd been feeling rather disillusioned by the IT industry and had changed jobs the year before in the hope that it would reignite my love for coding but it hadn't really worked and I was struggling to see a way out of a 10 year career which was the only thing I was qualified for. I'd been toying with the idea of taking some time out to go on an adventure but it seemed like a bit of a pipe dream. At this point I wasn't aware of Say Yes More or the Yes Tribe and had no idea what Yestival was. I did however manage to come across a tweet about Winter Quest and having been given a refund for overpayment of my student loan I decided on a whim to just grab life by the balls and sign myself up. I knew I wanted adventure, I wanted to visit Iceland in winter and see the northern lights and I felt that a bit of spiritual guidance in nature wouldn't do me any harm. The thought of meeting likeminded people was a real draw too - I spent far too much time trying to explain my weekend adventure exploits at the coffee machine only to be met with blank faces.

Winter Quest surpassed all of my expectations. I tried for weeks afterwards to blog about it but could never find the right words to describe the journey I went on during that week in Iceland. 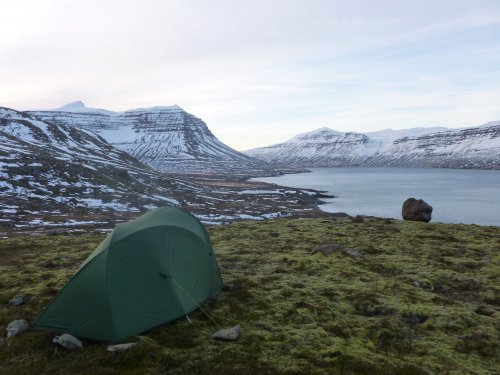 Needless to say my outlook on life changed and in an adventure planning workshop with Dave I voiced my ideas for a bikepacking adventure around the Scottish Islands. This was where the 'Bikes, Bothies & Booze' trip title was born, in a secluded lodge on the east coast of Iceland where ideas and dreams were encouraged and nurtured. The people I met that week were such an amazing group whose friendship and support I am very grateful for.

It was through this that I became aware of the Yes Tribe and Say Yes More and decided to get involved and go along to one of their weekday tribe campouts. Again the people I met that night were full of inspiring stories and all of this fuelled my belief that I could make my trip a reality. 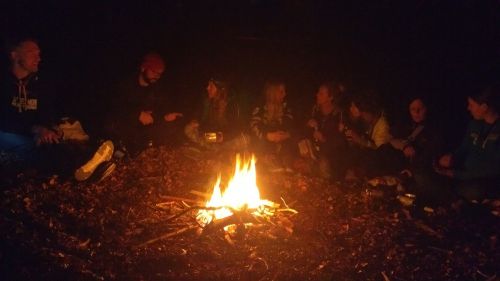 At the end of April this year I left my job and became possibly one of the happiest unemployed people in the country. It was such a liberating experience knowing that I had nothing tying me down and funnily enough I felt more relaxed than I had in years. Setting off on my adventures on 1st May I was full of nervous excitement and very quickly realised that I had 100% made the right choice. What followed was the most incredible 12 weeks of my life. I found what I was looking for; adventure, happiness, nature, contentment, peace, excitement... every day was a gift and an adventure of its own. 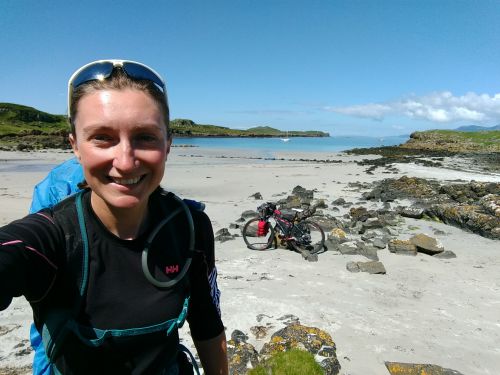 I also had the privilege of meeting some of the kindest strangers who became friends. I could talk forever about those 12 weeks but thankfully there are daily blogs on my site for those so I'll let you read about them in your own time.

I returned to London in August a different woman. I had ideas about how I wanted to live my life, what changes I wanted to make and what was important to me. I also knew that I would take advantage of Dave's offer for me to share my adventures at a Yes Stories night which I did in September and blogged about here. As scary as it was I actually really enjoyed it as I was talking about something that had been the most profound experience of my adult life. Among the audience were 3 of my fellow Winter Quest tribe and I had messages of support from others in the group and friends that I had made on the campout too. The whole night was great and listening to the other speakers it was impossible not to feel inspired by their stories and achievements.

This brings us nicely up to date and to Yestival last weekend. I am no longer a Yestival virgin! Put 400 people in a field with tents and amazing things can happen. Add a double decker bus into the mix and it becomes magical. A little bit of drama from storm Brian adds to the excitement and creates an epic amount of mud and you're maybe forming a mental picture now, haha. It was a rather emotional weekend to be honest. Fear at the thought of talking for 20 minutes without any slides or photos to hide behind followed by relief and elation at having conquered the fears and shared my story. Then the emotions that followed listening to other speakers and their stories; side splitting laughter at Amy Baker reading bits of her book of her time in South America, the reality of the dangers of extreme cold hearing how Nigel Vardy lost all of his toes and some of his fingers on his expeditions, the courage of Darren Edwards in rebuilding his life after a climbing accident left him paralysed from the chest down and the love and inner strength of Kristina Paltén who was the first woman to run across Iran. Plus so many other tales of adventure that hopefully will be released as podcasts towards the end of the year for everyone to listen to. I'd be lying if I said that I didn't suffer a bit with imposter syndrome being amongst a line-up of true adventurers and explorers but the great thing about Yestival was that it was so down to earth. One persons big adventure might be a night of camping whereas another persons adventure might be to climb Everest and there is no difference in those achievements, each is as worthy as the other.

If I helped to encourage or inspire or just give advice to one single person with my talk then I feel that I've passed on some of the wonderful advice that I was given before I made the leap of faith in going on my trip. Being part of such a wonderful community of people who are all willing to help one another is very much a part of what I wanted out of life after returning from my trip. I've definitely found my tribe and the journey that I've been on to get here couldn't have been done without firstly saying YES and secondly having support from my fellow tribers - so thank you! 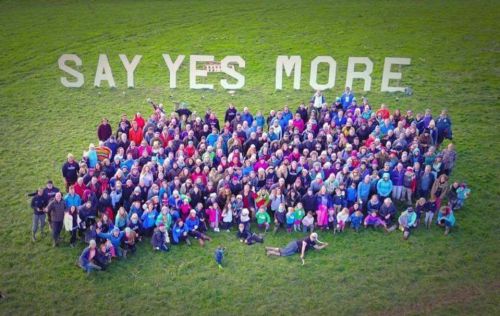 I look forward to seeing where the next year of saying yes more will take me.