A while back a friend mentioned to me the idea of a microadventure, which sounded pretty cool but at the same time I didn't think too much about it. A few weeks later when I was bored at work I found myself googling 'microadventure' where I came upon Alastair Humphreys website and that was all it took to get me chomping at the bit for my own microadventure. For those of you who are microadventure virgins, the idea is to break with tradition and go on an adventure on a school night (yes, I know it's shocking!) doing whatever it is that you like to do whether it be walking, cycling, swimming or all of the above. Then once you've watched the sun set and are suitably sleepy, find a nice place to bed down for the night with your bivvy bag, enjoy sleeping in the great outdoors and wake in the morning to watch the sunrise before heading for the nearest train station to head back to the evils of the working world.

So, a few enthusiastic emails later between friends and there was a plan emerging (thanks Tim, you most certainly did all of the hard work there!) and on a lovely sunny Tuesday evening after work we met at Boxhill & Westhumble station to walk the 10 miles along the North Downs Way to Merstham. Apart from the climb up to the top of Boxhill from the stepping stones that cross the river Mole, I'd not done this route before but there's a great description of it here. We stopped just after Brockham Hills for dinner with a sneaky San Miguel (again, all credit to Tim for that wonderful idea), watched the last of the evening sun disappear from the seating area on Colley Hill 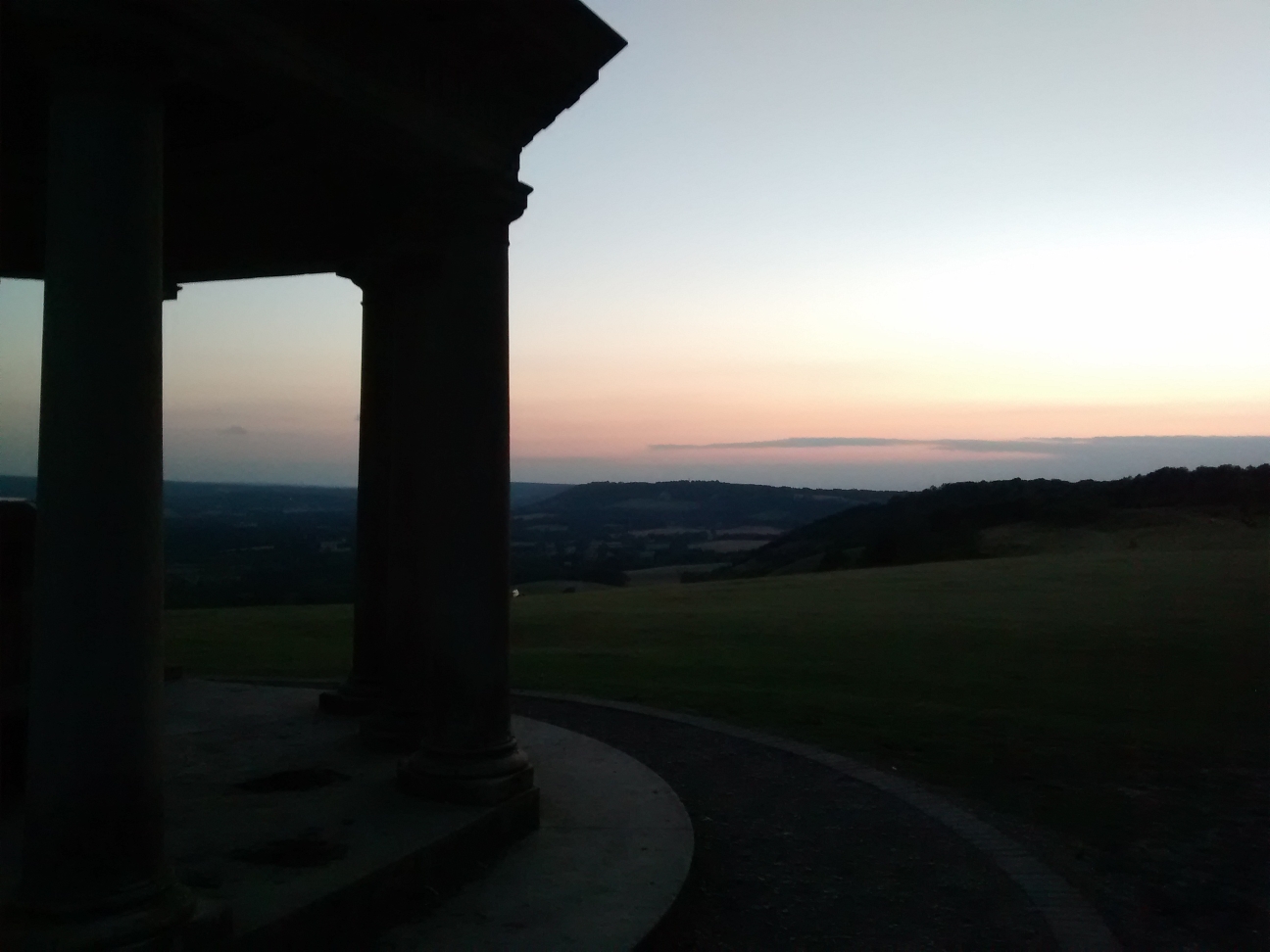 and continued onto Gatton Park, where after quite a bit of procrastinating and a rather lucky escape from a field of cows later, it was time to get the bivvy out and hit the hay. I'm a big fan of camping but had never bivvied before so I must admit I was a little nervous but rather excited at the same time. I'd borrowed a bivvy bag from my other half and with my synthetic sleeping bag and Thermarest in there it was rather snug (not to mention a tad sweaty!) but after a bit of tossing and turning, and a late night 'wee in the dark' later I slept for a whole 4 hours. I woke up to the swaying of the trees in the breeze and the sun still rising, now if that doesn't put a smile on your face then I don't know what will! Ten minutes later and we were all packed and heading back over the fields towards Merstham train station and who can complain when this is what greets you first thing in the morning. 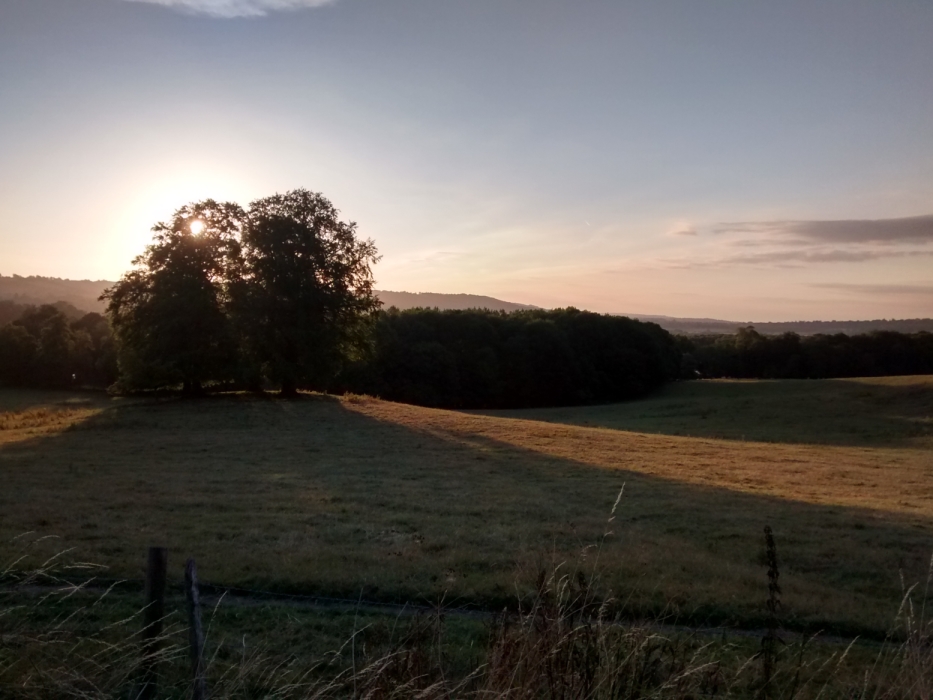 I was lucky enough to be working from home that day but was sat at my computer by 8:30am and still smiling by 5:30pm (which for me is unusual when it comes to a work day). My first microadventure most certainly lived up to expectations and I found it very liberating knowing that there was nothing between me and nature. I won't lie, it wasn't the best night's sleep I've ever had but it left me feeling alive and buzzing with the thought of doing it all over again. So watch this space!

PS. If you're not sure if bivvying is for you then give The Book of the Bivvy by Ronald Turnbull. He gives a very honest view of bivvying and it's full of good information and tips.