It's less than 2 weeks before I head off on my adventures to Scotland and the Hebrides so I'd planned that over the Easter weekend I would pack up all of the kit I'll be taking with me to Scotland and cycle from my home in London along the south east coast to Dover as a kit testing mission.

Even the best laid plans can go awry but starting a day late, cycling 30 miles and realising that I wasn't enjoying myself and then riding 30 miles back to London wasn't quite what I had in mind. I've since come to realise that what I experienced over the weekend could possibly be one of the most important lessons that I can take with me when I embark upon the next 3 months.

The last two weeks have been pretty hectic for me including a weekend camping and celebrating in the New Forest with friends, a brewery tour at Sambrooks, a night at Yes Stories to hear my friend talk about her 500 mile walk in memory of a friend who died of an undetected heart condition, setting up my bike with tubeless tyres, and preparation before attending a day long assessment with Raleigh ICS for a possible voluntary team leader role abroad working for the charity. Just writing it makes me tired so it wasn't very surprising that come Good Friday I was exhausted and hadn't managed to get any kit out, let alone sort and pack it onto the bike. This wasn't a massive problem, it just meant that I'd start my ride on Saturday and adjust the route to make it work for a 3 day trip. Plus it meant that I could spend Friday fitting a long overdue new chain on the bike and take my time sorting and packing all of the kit. 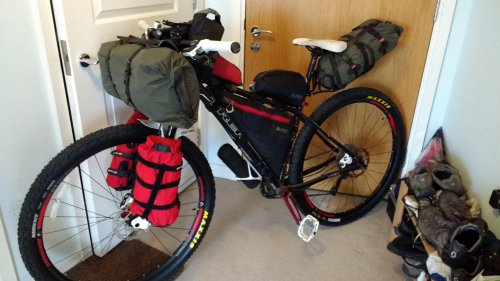 After a productive and relaxed day on Friday I awoke on Saturday later than expected and a bit groggy. To be honest I didn't really fancy going out but the bike was packed so I got dressed and hit the road towards Greenwich where I would pick up the National Cycle Route 1 towards Gravesend.

Greenwich was busy with people as it was the Tall Ships Festival and so I had to push the bike through the crowds along the riverside. 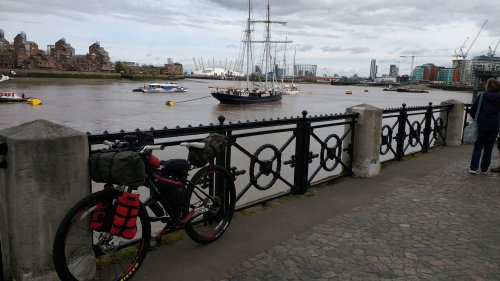 The route winds along the Thames past a lot of industrial areas and the ride was a stark contrast to my usual trips. The odd park and greenery was dwarfed by large grey buildings and miserable disused facilities. It felt like I was just spinning the pedals devoid of any feelings and being a slave to those little blue route signs didn't particularly inspire my sense of adventure. As I passed Erith and reached the marshes the views improved but I became aware that I really wasn't enjoying the ride. 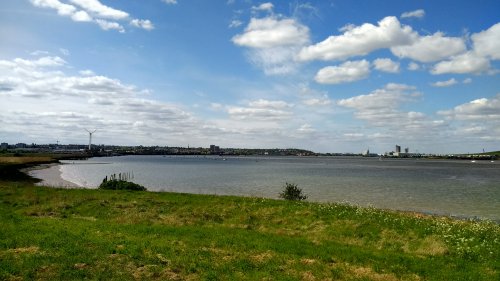 On my previous trips there are definitely times when I've not been enjoying myself but usually it's because the weather is horrendous or I'm lost or have a mechanical issue (or all of the above!) so it was a new experience for me to be in fair weather and not having fun. Having ridden 30 miles I found myself in a park in Dartford and decided to stop for a bit of lunch. My instinct was that I wanted to turn around and head home where I could just collapse on the sofa and chill but that would mean that I wouldn't achieve what I'd told myself I wanted to this weekend. For the next half hour I sat on a park bench with an imaginary angel on one shoulder and a devil on the other.

'If you turn around you've failed',
'If you're not enjoying it just go home',
'What about the plan to go to Dover?',
'There's no point in exhausting yourself if you're not feeling it'.....

Back and forth my mind went and I don't know why I couldn't really make a decision. The thought started to infiltrate my mind of whether this meant that I'd feel this way in Scotland. What if I didn't enjoy it? What if I wanted to come home?

I needed a bit of help and had just received a message from some friends so I told them my predicament. The logical side of me knew what the answer was but for some reason I wanted someone else to tell me that it was ok to turn around. I rang my Mam and she told me to stop being silly and to head home, you've got to love straight talking parental advise! I then got a call from a good friend who is also a bikepacker and we had a long chat which finally calmed me down.

An hour after stopping in the park I got back on my trusty steed and started the 30 miles back home. I think a combination of nerves about my upcoming trip and tiredness had left me rather unsure of myself. Once back home I felt much better about the decision to turn back. It may seem rather silly but this was an important lesson for me to learn, particularly before embarking upon a very long and unplanned cycle trip. Some days aren't going to be fun, sometimes things just won't feel right for no particular reason and the answer is to just listen to your instincts. Realising that it isn't failing if you don't stick to a previously made plan is a tough one for me as it's part of my personality to plan things but you're never too old to learn so I suppose this one is a work in progress.

The main thing that my friend made me see was that the reason for this trip was to test my kit and that aspect of the trip had been rather successful. One of the cable ties on my front fork bag snapped and I got out a spare only to find that it was too flimsy so I'll need to buy some stronger ones. The weight ratio also needs some adjustment as it is far too front heavy at the moment which means moving some of the heavier items either to the frame bag or to the saddle bag. I think there'll be a few tweaks to my kit before I get the final list but I'm 90% of the way there and still have 9 days to go.