Wow, I think I'm a little bit in love with Rum and for once I'm not talking about the variety that comes in a bottle. Today I left the delights of Eigg and got a ferry out to the Isle of Rum. From the ferry terminal I rode along the track to Rum Castle and Kinloch village. 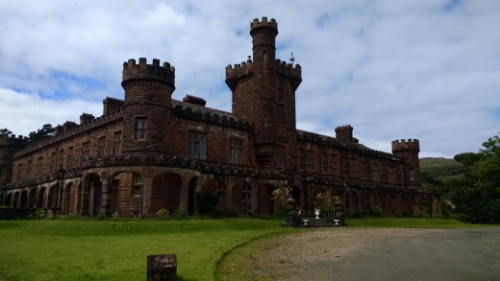 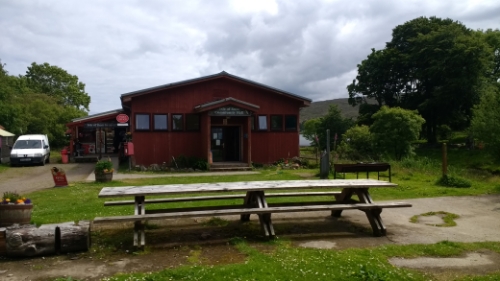 Leaving the rest of the tourists behind I set off along the dirt track for Harris in the south. Immediately I felt like I'd left the world behind me as I saw the mountains and valleys ahead. 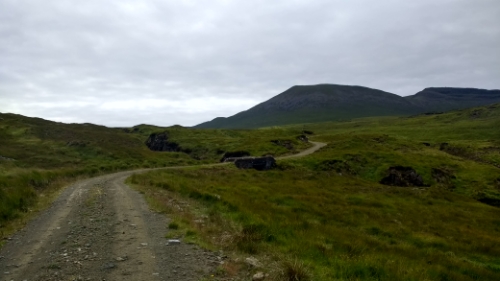 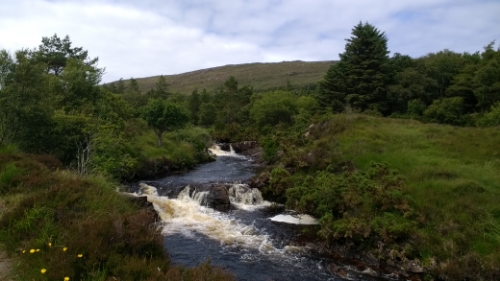 There was just something about it that made me gasp and smile. The winding track road, lush green colours and sounds of gushing rivers - I felt at peace. The track to Harris was mostly uphill and before long the stunning Rum Cuillin mountains appeared in all their glory. 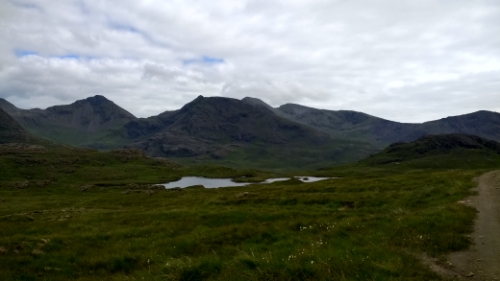 I felt like I had the whole island to myself and then as I crested a hill I was greeted by a herd of highland cows and a walker. I stopped to chat to her and the first thing she said was, 'Just when you think you're all alone in the world...' which made me laugh as it had been the exact same thing that I had felt. 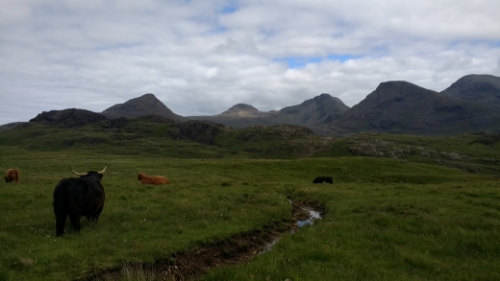 Now for my favourite part, the pedal downhill! The views were simply stunning and it took a few large rocks for me to stop gawping and concentrate on the track. 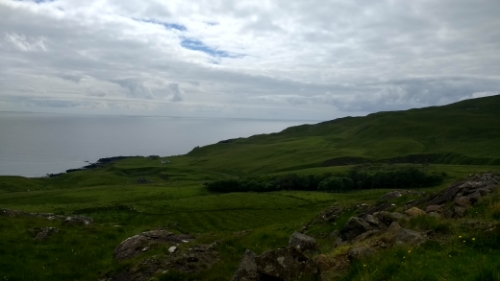 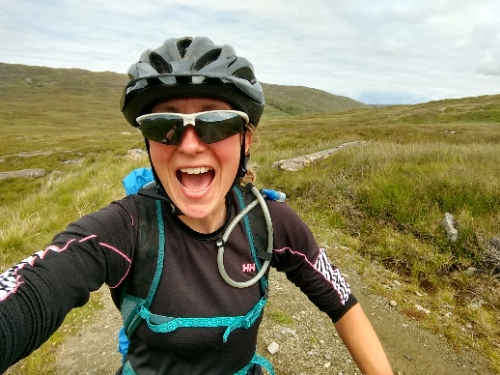 By the cliffs there was a strange mausoleum in what was now a deserted settlement. 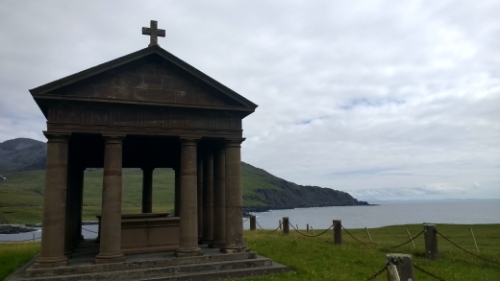 I sat for a while taking in the views whilst The Beast had a breather. 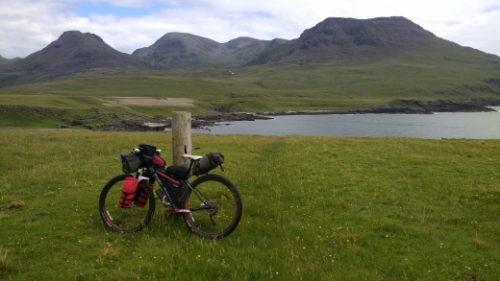 Starting the ride back up the hill was hard going. I feel really unfit at the moment, it's a combination of doing nothing for days whilst resting my ankle and eating lots of crap like chocolate and beer. It's almost like I'm starting from scratch and although it's frustrating I'm sure I'll get my hill legs back in good time.

I got back to where the track had split and took the other fork. I was riding north to Kilmory Bay where I would be camping for the night. It was a nice easy ride to the end of the road and to my surprise the whole area was covered with deer. 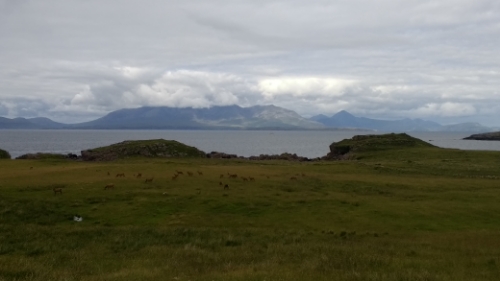 I wandered back along the track to the bay and smiled to myself, another beautiful peaceful beach and I not another person in sight. 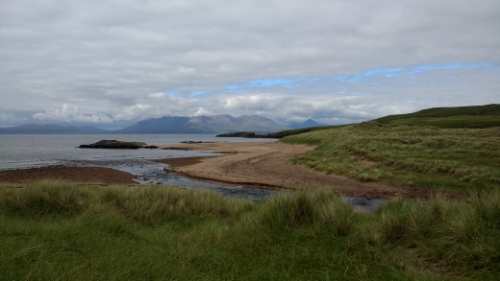 Turning to look back from where I'd ridden I realised that I wasn't quite alone, another whole herd of deer were mooching around. 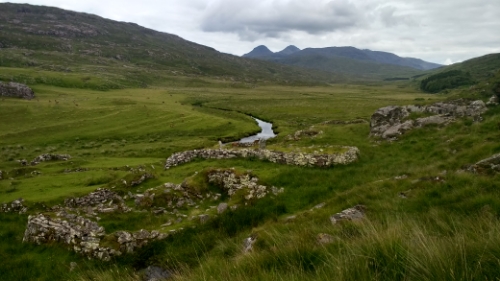 A few of them scarpered as I wandered down to the beach. Lots of deer and long grass meant that it would be tick heaven here so I'd have to give myself a thorough check in the morning but it was worth it for a night in such a wonderful place. 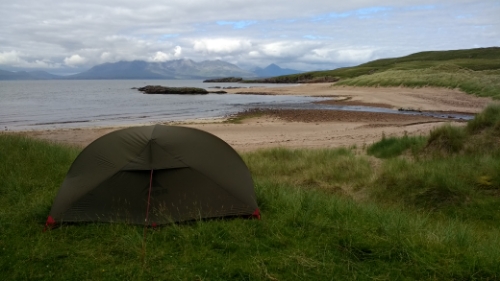 After going for a paddle and a wander along the coast I lay down in my tent watching the hypnotising wash of the waves which was the only sound apart from the odd oystercatcher or seagull. Ah, bliss!

It was rather cloudy so there was no visible sunset over Skye but I did see one of the deer taking a paddle at dusk. 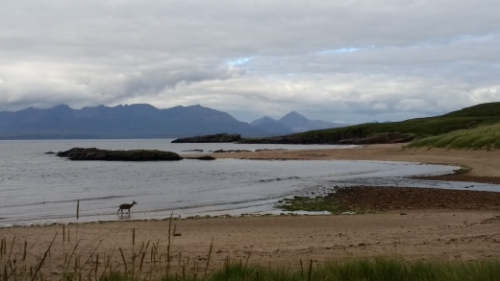 I definitely want to return here in the future. I'd love to do some hiking on the island and there are also two bothies here which would be easier to get to without a bike. Until next time Rum!