I slept well last night. I woke a few times but was relieved to realise where I was and that I didn't need to reinflate my sleeping mat, haha. Walking into the kitchen Jean was already up and the table looked like it was set for a 3 course breakfast. The next hour or so was filled with offers of food and drink. I had tea, orange juice, strawberries, toast and a banana and refused a whole lot more as I was stuffed! When David mentioned that they had run a B & B in the past it all made sense, haha.

Packed and ready to leave Jean had even made me some sandwiches for lunchtime with a snack bar, apple and banana - totally amazing. I gave them both a big hug, thanked them for their wonderful company, generosity and hospitality and promised to keep in touch. 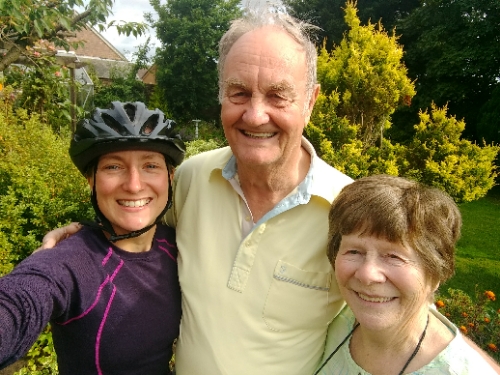 I was already on route 74 outside their house and I would be following it all day heading south towards Carlisle. The route runs fairly parallel to the M74 and a lot of the path was on the side of the A74 which was very quiet. The scenery varied between rolling hills and boring road and I saw only a handful of people in about 30 miles. 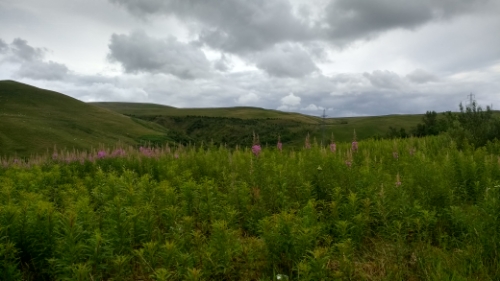 It's times like these when I crave a bit of music to listen to. The monotony of that black tarmac and the white line even got to Monkey after a while. 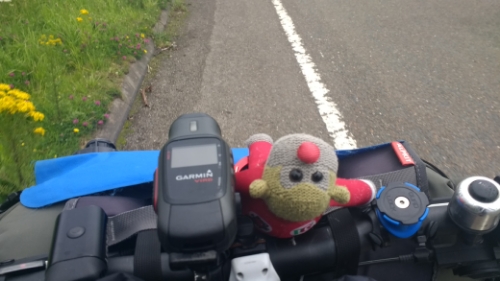 The long day yesterday was catching up with me and even with frequent food stops and sugar hits I was really beginning to flag around 3pm. With only 6 miles to go before reaching Lockerbie I decided to stop there for some well needed tea and cake. The last 2 miles were painfully slow and I was both physically and mentally relieved to pull up to a cafe and sit down. 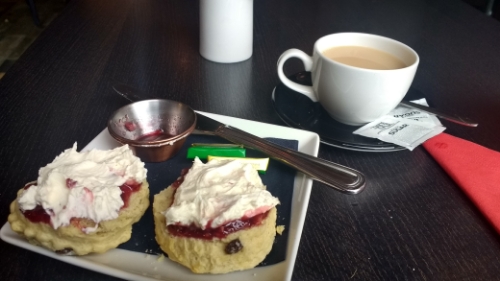 I'd ridden 50 miles and I decided it was enough for the day. Whilst Googling a bit in the cafe I'd seen that there was a nature reserve nearby and so thought I would give it a look as a potential camp spot for the night. Grabbing a few supplies from Tesco I rode out and found the Eskrigg Nature Reserve which was lovely. 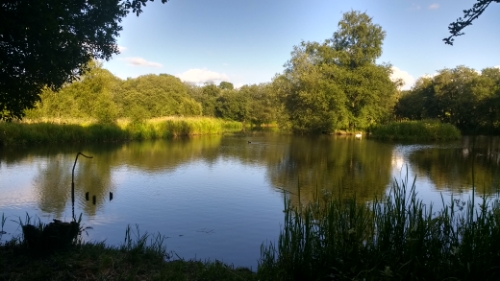 Sitting in the reserve centre the man came to lock up for the night and just as I went outside there was a red squirrel nibbling away on the feeder. 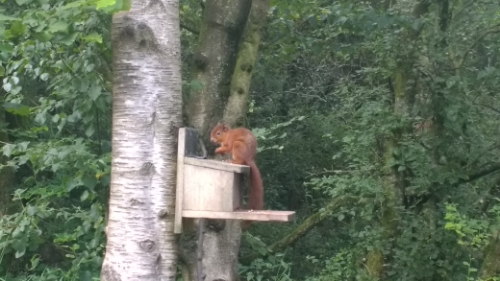 This is my first red squirrel sighting ever and it's taken until week 12 of my trip! The man told me that the squirrel had lost his long ear tufts as he was molting but I still thought he was gorgeous. He mentioned that the squirrel hide was open all evening and we walked a few minutes down the track to the hide to see if there were any others about.

I'm sat in the hide now and whilst writing this have seen two squirrels eating away and even chasing each other, a fantastic way to spend an evening. 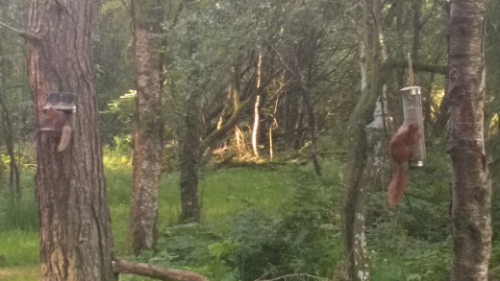