I'm sat in my tent a bit tipsy eating my dinner having set fire to the inner door and burnt a hole in it. Welcome to England! It's not the first time I've kicked over the stove as it's boiling water but this time the door wasn't tied back and now there's no way I'm stopping the midges getting in, haha! 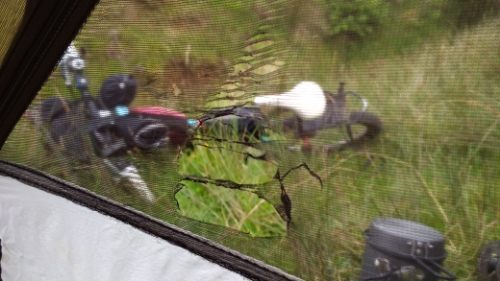 This morning started less dramatically with only rain to contend with. After packing up a soggy tent I headed back to Lockerbie to a cafe and decided to treat myself to a full Scottish breakfast. 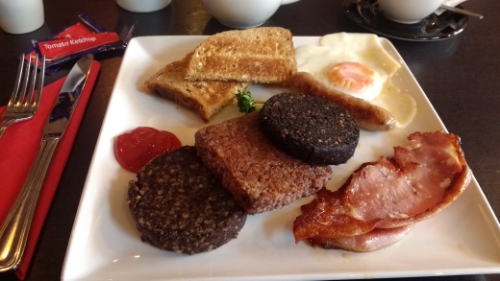 There was enough protein on there to last me for days and I struggled but refused to leave a crumb and had to then rest for half an hour before even contemplating cycling. Todays plan was to ride down to Gretna and then take NCN route 10 east and north towards Kielder Water.

Finally heaving myself out of the cafe I headed back to route 74 to head south. The rain had stopped and I was cycling into a headwind but it was nice scenery. 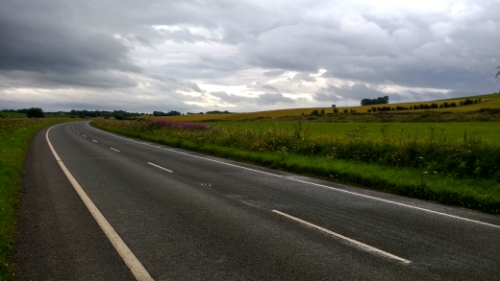 I was plodding along and enjoying myself and the quiet roads quite nicely as I arrived in Gretna Green. Having a brew and a sneaky piece of cake I sat and people watched for a while. Such a strange place to want to get married with all these tourists watching whilst your photographs are taken, not my cup of tea at all. It was nice to see lots of couples all loved up though.

Monkey and I have been through an awful together over these last 12 weeks and our love for each other is obvious. Did we tie the knot? Well that would be telling! 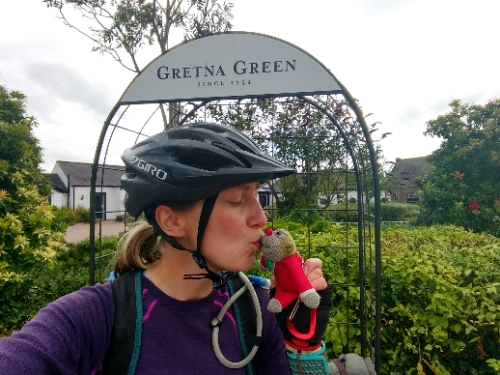 Of course I couldn't forget my trusty steed, The Beast either...

Only a few miles down the road and I'm at the border crossing back into England. Quite a milestone and one that I meet with mixed emotions, sad to be leaving Scotland as it has been an amazing experience but then happy to know that I'm closer to being back with my family. 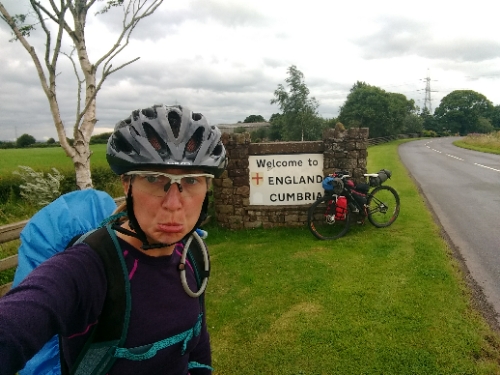 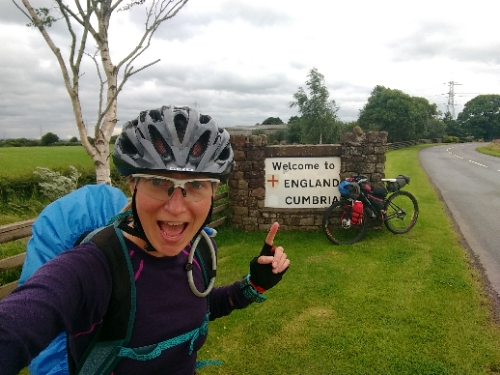 Scotland has truly opened my eyes. I've seen such beauty, amazing wildlife and phenomenal beaches and coastline. The is not the end for us Scotland, it is just the beginning of a lifetime of adventures. As Dr. Seuss said...

Don't cry because it's over, smile because it happened.

The riding is hilly and I find it hard. The last few days have all been big mileage rides and I think it's starting to take it's toll. I look to the fields to try and enjoy the scenery, it's lovely but it's not quite doing the trick this afternoon. 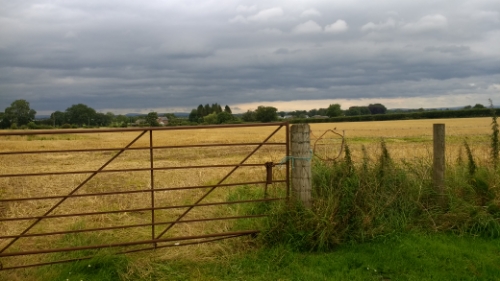 Apart from at Gretna Green I haven't seen a soul all day, these roads are lonely ones. It's just as I'm feeling rather low that I come across these bails of hay that make me smile. 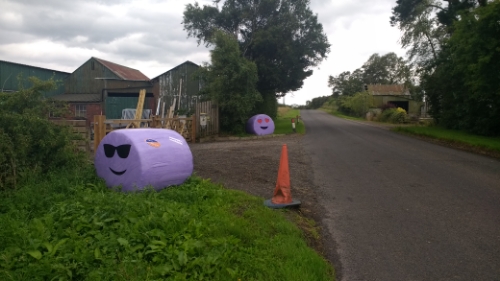 Such a small thing but it's made my afternoon. Giggling to myself as I ride off I feel better but unfortunately it doesn't last. I'm just a bit fed up and tired and it's difficult because the more I think about each day and getting closer to the end the more I sometimes just want to be there. I've had my fill of today and finally seeing another person from a house I ask if there is a pub nearby. After initially saying no the man changes his mind and gives me directions to the Crossing Inn about a mile away and I ride off hoping that he's right. To my joy it's where he said it was but it doesn't open for another half hour and so I sit outside munching on a few snacks to pass the time. 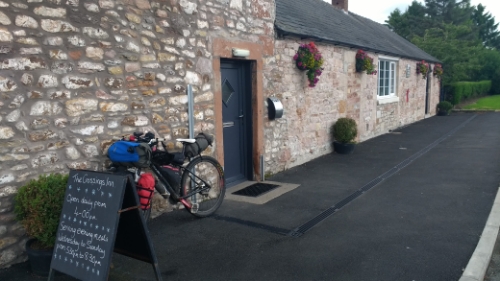 Just before 4pm a truck pulls up and a man gets out and asks if I've had a pint yet. I tell him it's not open and he explains that his son owns the pub and then someone opens the door. He asks about the bike and I tell him I'm at the end of a 12 week trip but that I've had enough for today. We go inside and he offers to buy me a pint. I refuse but he insists and I ask him his name. I sit and chat to Mick for the duration of his pint but he's not staying for another and we say our goodbyes. It's been the highlight of my day to talk to another person. I'd gotten so used to seeing and chatting to lots of people on the islands that these last few days have seen me starved of human interaction!

The bar staff are friendly and we chat about where I've been and the route I'm taking tomorrow, it's always good to get a bit of local knowledge. Three pints down and I'm smiling but feeling a bit tipsy. I decide I need to make a move and find somewhere to sleep for the night, otherwise I'd just end up getting drunk as a skunk in the pub and sleeping in the field opposite.

I don't ride far up the road before deciding to stop. I sneak into a field that has no cattle in it and head down a dip, nobody will see me here. It's a totally different thing to wild camp in England as it's illegal whereas in Scotland it's legal. Let's hope no angry farmer comes to kick me out 😉. 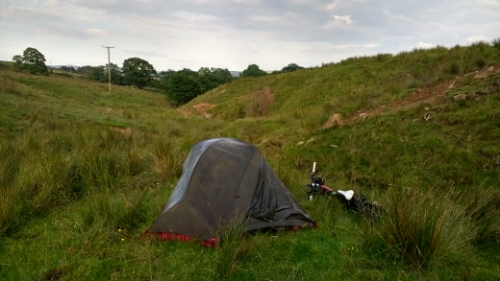