This morning looked grey and overcast as I poked my nose out of the tent. At least there was a wee breeze as last night the midges were out in force with the rain whenever I opened the tent I then spent a good 5 minutes squishing them all inside the tent.

I packed up quickly as it had started to drizzle again and after knocking over my water that was heating to make my porridge I gave up on the idea and hoped that the cafe opened at 9am so that I could treat myself to a bacon butty.

I was in luck and just after 9:30am I was tucking into a bacon and black pudding butty with a pot of tea - heaven! 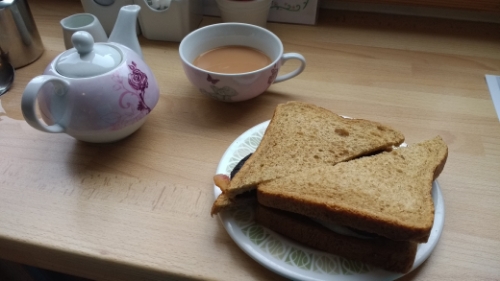 It was raining outside and it took all of my willpower to drag myself away from the warmth and out into the wet to start my day. Today was going to be a fairly short day as I only intended on cycling north up to Tobha Mor to the hostel there. It was rather windy but it wasn't a headwind so that's good enough for me!

Just off the main road I stopped to see the birthplace of Flora MacDonald. In 1746 she helped the fugitive Bonnie Prince Charlie escape to France by disguising him as her maid Betty Burke and sailing from Benbecula to Skye. She was arrested and imprisoned in London but returned to Scotland in 1747. 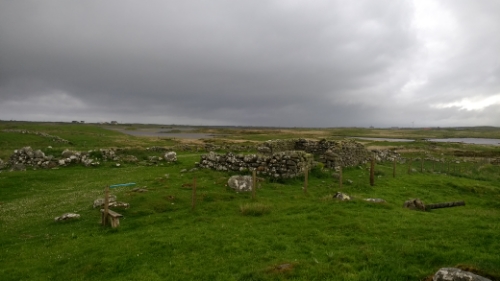 Not far up the road was the local museum and I decided to indulge myself and learn a bit about the crofters and the history of South Uist. It was pretty interesting but the best bit by far was the fact that they sold postcards and so I bought a couple and sat in the cafe with a brew writing them out.

Leaving the museum the sun had made an appearance but the wind had gotten stronger and was now blowing west to east. After only a few miles I decided to forgo my jaunt to the east coast as it would be hellish riding back along into this headwind and just took the west coastal route to eek out a few more miles until Tobha Mor. 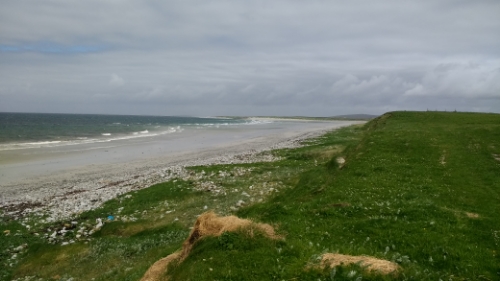 I arrived at Howmore hostel at around 2pm. It's a traditional crofters hostel run by the Gatliff Hebridean Hostels Trust and is a beautiful building. 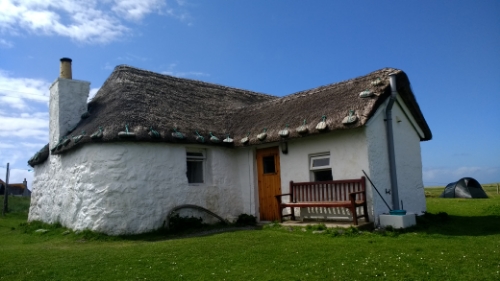 It is next to the ruins of a 13th century monastery which I duly wandered around. 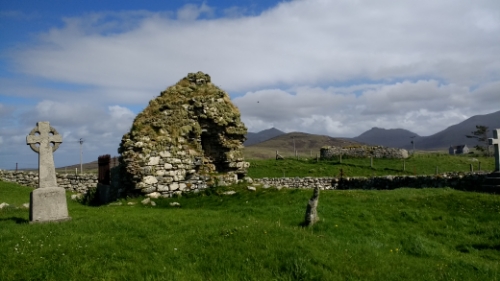 I'd ridden 20 miles, not too shameful and so spent the rest of the day doing bits and bobs. I had a lovely hot shower and then spent longer trying to wash the stink out of my socks, after 3 washes of the ones that got all yacky yesterday I'm sure I can still smell that sewage smell. I even showered my shoes to try and get rid of the smell but I think it's ingrained now!

I then turned my attentions to The Beast and fit her a nice new chain and sorted out one of the Gorilla clips on the front fork that had started slipping. She got a mini clean of the important areas and has the shelter of a shed tonight, luxury indeed. I then totally indulged myself with a cuppa and a book from the bookshelf for an hour or so, blissful. 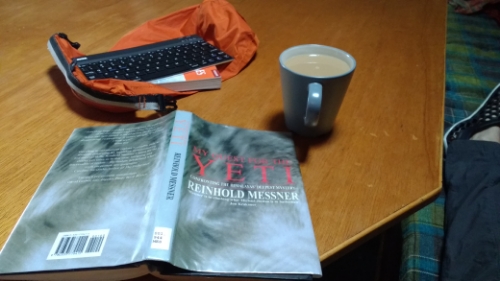 The hostel is great, very homely and I love the bare stone walls. 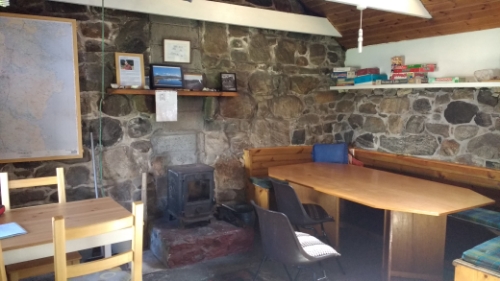 If I'm honest I'm looking forward to sleeping in a bed tonight as my back has been niggling me the last few nights so I'm off to lie there and read. Sweet dreams!