The Hogs Back Road Race is an 11.7km run around the Loseley estate and Hogs Back in Surrey and the best bit about it is that the course route is in the shape of a pig - brilliant! Plus if you finish you get a pig shaped medal and a taster of the local Hogs Back Brewery beer - what more could you want? ;-)

Recent problems with my ankle meant that I was unsure as to whether I'd even be able to run the race but after a 4km run early last week proved fairly uneventful, I thought I'd give it a go and run the race. Given my lack of training over the previous weeks I was hoping to finish at the around the 1 hour 30 mark.

On Sunday morning it was rather nippy with unsettled looking clouds above but after a short delay we set off from Loseley House around 9:10am. My mate Phil who was also running wished me luck and headed off whilst I bumbled along with the crowds trying to warm up my rather cold muscles in a slow jog. It wasn't long before we hit the first hill at 2km and I figured that as long as I stuck to my rule of being able to breathe through my nose, my pace would adjust with the incline - so far, so good. I'd be lying if I said that I wasn't thinking about my ankle and whether it was hurting and how it felt, but luckily there were plenty of obstacles in the other runners to focus my mind.

At the 6km mark along a very muddy track at the top of the ridge I had a sneaky peak at my watch - 39 minutes, not too bad and I figured that I might finish in 1 hour 20 if I kept up my current pace. The 7km point had us back on the road and I found myself running alongside an older man. This was my first non-charity running event and I've read a lot of books about runners being very sociable so I was rather pleased when the man turned to me and asked if I'd ran this route before. I explained to him that it was my first time and that I'd only recently taken up running, and enquired as to whether he had run it before to which he replied that he had run it about 12 times and had been running for 58 years as he was a grand old age of 74!! Wow, this guy is a serious veteran! We chatted for a while and then he turned to me and said, 'no one here knows my name, they all just call me 'The Runner'. Save something for the last mile, it's deceiving how much effort it takes on a long slow incline', and then he turned up the pace and moved ahead - totally awesome!

I was feeling good and this part of the route was a nice long downhill so I decided to take advantage and keep on the shoulder of 'The Runner' - he obviously knew what he was doing and I figured I could learn a thing or two. Just before the 10km mark he seemed to slow down and although I thought it could be a mistake given his prior warning to me about the last mile, I kept up the pace and slowly passed him to take on the final stretch. It was rather a sneaky incline but with the finish line in sight I pushed myself hard and came in at 1:08 - woop! 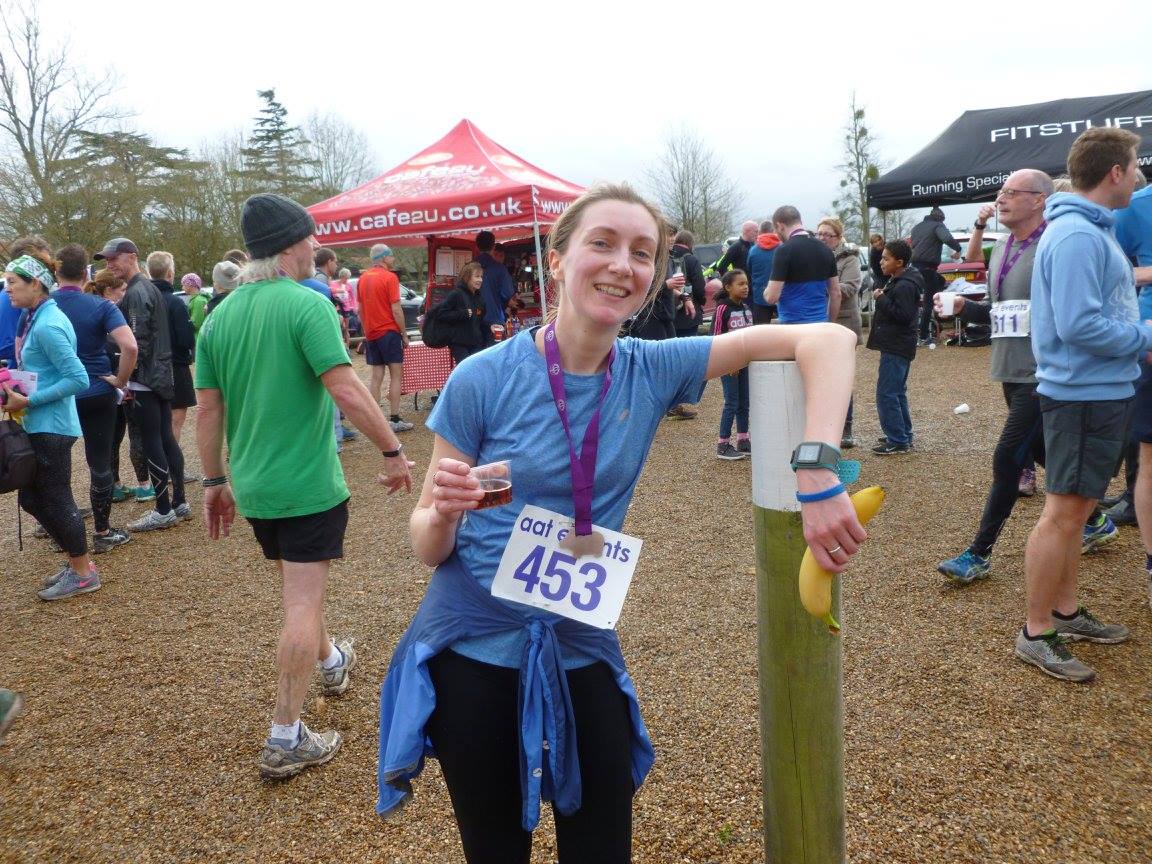 Phil messaged me later that night to see how I was recovering and told me the results - I'd come 56th out of 102 women and 419th overall (out of 593 runners). A fantastic result for me and a really enjoyable morning, I'll definitely be signing up again next year!