I've just spent the last hour with a lady called Janet who is a volunteer watcher for the Whale and Dolphin Conservation (WDC). I'm overlooking the lighthouse at Tiumpan Head on the Eye Peninsula of Lewis and I cannot stop smiling. Janet loaned me some strong binoculars and told me what to look out for. Just as it seemed that we weren't in luck tonight I spotted some waves and a flash of black and she confirmed that it was a minke whale. Wow! Then we saw dolphins jumping out of the water like gymnasts, I was just flabbergasted and so excited to see them so close to the shore. It is the most striking thing to see nature in it's element and I feel totally buoyed and flying right now. Who would've thought that I'd end up pitching my tent in a whale watching spot.

The last hour has been the icing on the cake of a rather good day. I woke early and was ready to roll by 7:45am, mostly because I was nervous that someone would turn up at the hut I stayed in ready to get to work. It was a great find and I'm counting it as a bothy night as for all intents and purposes it was a refuge from the wind and rain. 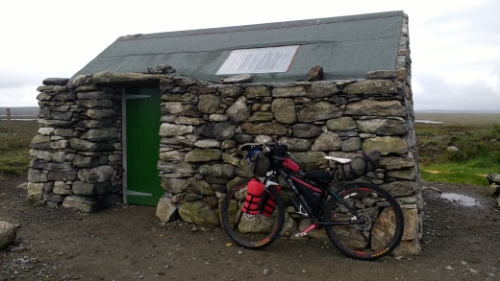 I rode to the Blackhouse at Arnol a few miles along the road but they didn't open until 9:30am and it didn't seem worth the wait once I'd seen it from the outside. 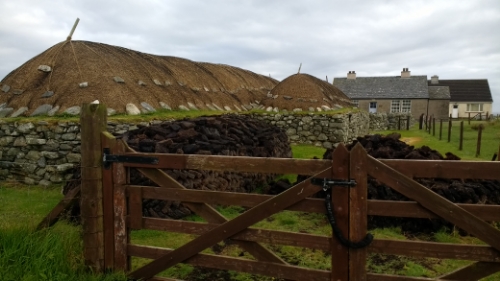 Continuing south I was headed for Callanish today to see the stone circle. The wind was in my face and my legs felt like lead but at least it was dry. The road was winding and it seemed to take a lot longer than I anticipated to get there and I arrived rather tired and hungry at the visitor centre just before 10am. Paying to hear the story of the stones was a total waste of time and money because they really don't know why the stones are there. The Callanish stones are around 5000 years old and the main stones are in the formation of what could be a cross. 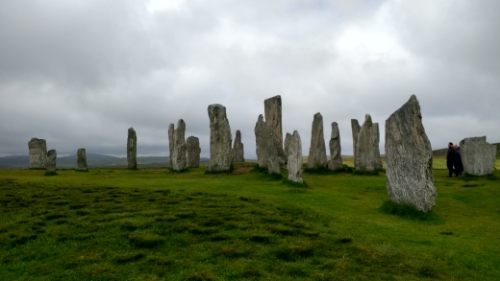 There are many theories as to what and why they exist but no-one truly knows. 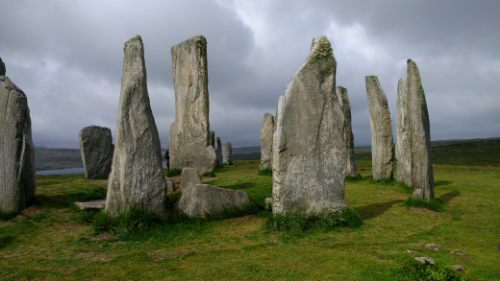 After a quick look at the main site I headed for the cafe to treat myself to breakfast, a sausage and black pudding butty with tea, mmmmmm! I had intended to head back to Stornoway around 11:30am to aim for getting the 2pm ferry over to Ullapool but I was enjoying the tea and then got chatting to another cyclist, Craig and we nattered on for ages before I realised that the 2pm ferry was a pipedream. Never mind, it's not like I'm on a schedule or anything. Knowing I had the rest of the day to explore I headed down the road to see the smaller stone circles of Callanish 2 and Callanish 3. 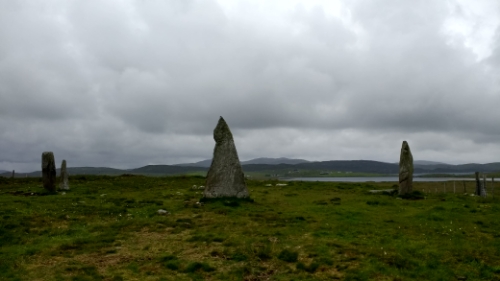 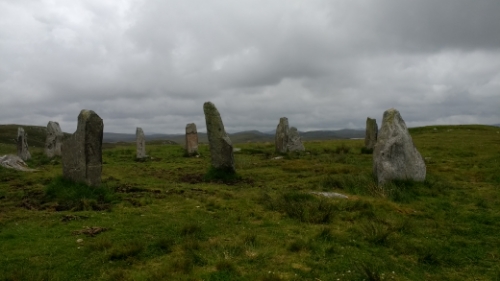 All stone circled out I rode back the way I came in order to take the Pentland Road over the moors back to Stornoway. The wind was finally in my favour and me and The Beast flew towards the city. It felt so amazing to actually feel like we were getting somewhere without expending a huge amount of effort and the road was lovely and quiet with very few cars about. Moorland as far as the eye could see until the houses of Stornoway appeared in the distance.

I had made remarkable time back to Stornoway and had only just missed the ferry but never fear as I found the Hebridean Brewing Company and met the founder Andy who took me for a quick tour around the place. Settled in the bar tasting the beers it wasn't long before two other cyclists walked in and we got chatting. Chris and Nick had just finished their week long Hebridean Way cycle and invited me to join them at their table. As usual the conversation flowed and so did the beer and Chris very kindly bought me a pint explicitly saying that they were only staying for this one and then going so I wasn't expected to buy them both a pint. Such kindness from people is truly wonderful. 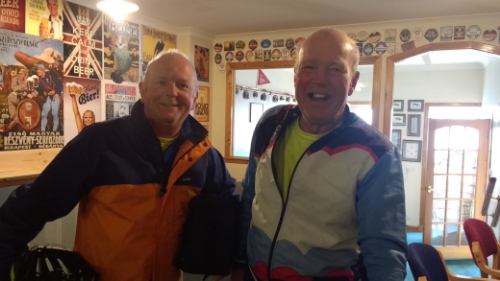 Nicely lubricated with beer we all left and I headed for the Eye Peninsula to find a camp spot. It was 10 miles, a bit longer than I had expected but after finding the lighthouse and heading up the hill I had the most amazing view of the east coast of Lewis, the sea out to the north past the lighthouse and the west coast of the peninsula. 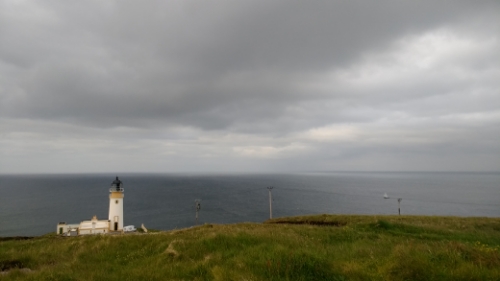 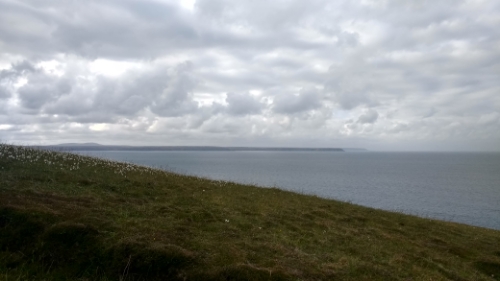 It was rather exposed and windy so I pitched in the ruins of an old World War gun battery which is where Janet informed me the volunteers do their spotting from. 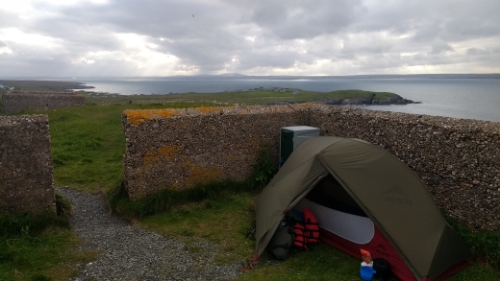 I'm so glad I missed that ferry today otherwise I wouldn't have met two great guys in the pub and then seen a whale and some dolphins - life is good!